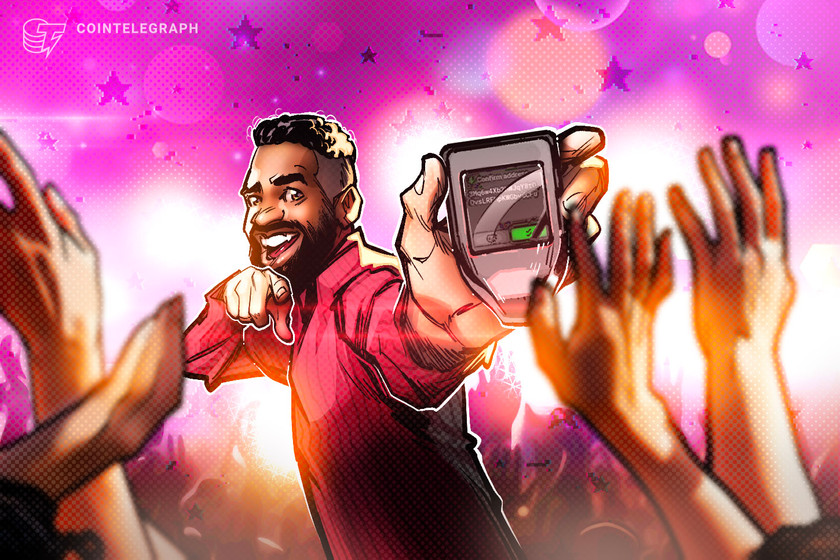 Hardware wallet providers are seeing increases in revenue in this bear market as crypto investors withdraw assets off centralized exchanges.

Blockchain analysis firm Glassnode recently characterized the 2022 bear market as the worst on record. This seems to be the case due to events such as the war in Ukraine and rising inflation, coupled with serious problems among centralized crypto exchanges.

Yet, the bear market hasn’t negatively impacted all players in the crypto ecosystem. Hardware wallet providers seem to be benefiting from the massive amount of crypto withdrawals from centralized exchanges.

Pascal Gauthier, CEO of hardware wallet crypto firm Ledger, told Cointelegraph that the company’s revenue dropped about 90% during the 2018 crypto winter, but this hasn’t been the case this year. He said:

“Every quarter we are doing as much revenue as the whole of 2020, which was a very good year for Ledger. Right now year-on-year we are still up, which tells us that this bear market is different. It’s not a real bear market, but rather a bear market for centralized value propositions.”

To put this in perspective, Gauthier shared that the company shipped the most units of Ledger hardware wallets to date following Coinbase’s declaration of losses, which further suggested that users are not protected in the case of bankruptcy. “We did $2 million a day in revenue following the release of this report, but it was just a peak because nothing bad actually happened to Coinbase. People just realized that their crypto wasn’t safe,” he said.

Gauthier elaborated that once Celsius froze users’ funds and rumors began circulating that BlockFi may do the same, Ledger, yet again, saw a major boost in business. “People were rushing to our products to move funds to somewhere secure. We have now been seeing about six-times an increase in revenue week-on-week,” said Gauthier. Ariel Wengroff, head of global communications and marketing at Ledger, further told Cointelegraph that the company recently formed a partnership with Best Buy, allowing consumers to buy Ledger products directly in-store, which has also increased sales. “We are launching in 256 more stores this July,” she said.

Ledger isn’t the only hardware wallet provider witnessing revenue gains in this bear market. Josef Tětek, Bitcoin (BTC) analyst at Trezor, told Cointelegraph that the firm has also seen a significant surge of interest in Trezor devices. “People are finding out that keeping their coins on exchanges and with custodians can be very risky, so they are naturally looking for self-custody options,” he said.

Tětek added that Trezor believes the liquidation cascade centralized lenders and exchanges are undergoing hasn’t fully played out yet. In turn, he noted that Trezor is urging clients of exchanges and custodians to consider withdrawing their coins into their own wallets, at least for the time being. He added:

“As Warren Buffett famously said, we don’t know who’s swimming naked until the tide goes out — and the outflow has only just begun.”

Hardware wallet provider GridPlus has also seen an uptick in sales, which is mainly being generated by the nonfungible token (NFT) community. Justin Leroux, CEO of hardware wallet GridPlus, told Cointelegraph that the firm has struggled to meet consumer demand recently, noting that they are ramping up production. He explained:

“The NFT community has been the largest sustained source of growth for us: New users drawn to crypto’s application layer need to immediately jump into self-custody to participate in NFT markets since centralized options are not readily available.”

According to findings from the research firm Mordor Intelligence, the global hardware wallet market was valued at $202.40 million in 2020. This market is expected to be valued at $877.69 million by 2026, but today’s increasing demand for hardware wallets may influence this amount to equate to more. While it’s noteable to see the hardware wallet market thriving during a bear cycle, it’s also important to mention that these products are not foolproof.

Alejandro Munoz-McDonald, a smart contract engineer at Immunefi — a bug bounty platform for Web3 products — told Cointelegraph that holding funds in a hardware wallet does not mean they are 100% safe. He said:

“A user can still fall victim to a phishing attack. They sign some transaction thinking it will do something else and then they get their NFT or tokens stolen. Another attack vector could be through an infinite approval a user made to a contract that turns out to have a critical vulnerability. If a compromised contract has permission to transfer your funds, they’re as good as gone.”

Munoz-McDonald pointed out that Ledger and Trezor do a relatively good job of preventing attacks on surfacing a user’s private key. However, he noted that hardware wallets are still vulnerable to physical attacks. “If an attacker gains physical access to your hardware wallet, it’s game over,” he said.

Munoz-McDonald still encourages users to self-custody their funds, noting that a hardware wallet is the best way to do so. “But, they also need to be educated on phishing schemes and have general online awareness,” he said.

Gauthier added that users must understand how Web3 works in order to securely self-custody their crypto assets. “Web3 gives ownership to users, whereas Web2 doesn’t. Decentralization may seem harder, but there is a price to pay for self-sovereignty,” he said.

Shedding light on this, Gauthier explained that while some crypto investors may find it easier to purchase and hold cryptocurrency through centralized exchanges, there could be fake underlying sentiments that are hard to initially catch. “No one reads the fine print associated with these exchanges, therefore no one understood the Celsius business model to begin with. Scams are generally easy to use, so users need to do more due diligence,” he said.

Fortunately, as more crypto investors migrate to hardware wallets, a number of providers have started putting a large emphasis on user education. Adam Lowe, creator of Arculus — a cold storage wallet solution — told Cointelegraph that it’s become clear that there are strong tailwinds driving the need for hardware wallets.

Given this, he believes that first-time crypto users should evaluate hardware wallets based on best-in-class security features and ease of use. “If it looks too complicated to use, you will either stop using it or worse, lose access to your crypto,” he said. In order to help users navigate this, Lowe mentioned that Arculus features an extensive FAQ page, along with how-to-videos to help users get started.

Recent: Does the Metaverse need blockchain to ensure widespread adoption?

Leroux also stated that the most important security tool is education. According to Leroux, common attack vectors for hardware wallet users are social engineering and phishing attempts rather than sophisticated technical approaches. “While we have seen browser extension scripts that hijack user wallets, it’s far more common to see users lose funds through fundamental missteps like improperly storing their seed phrase or being tricked into sharing it,” he said.

While much of this may sound daunting, it’s important to point out that many providers offer 24/7 support centers in addition to educational content. It’s also noteworthy that both Ledger and Trezor wallets allow users to recover access to their wallets through a seed phrase by using another hardware wallet. This feature can be extremely helpful if a user loses or has their wallet stolen. If this were to happen, a user could recover their funds on another Ledger, Trezor or SafePal hardware wallet.

Veronica Wong, CEO of SafePal, told Cointelegraph that the firm stresses the importance of keeping private keys safe and has seen an obvious growth curve in the last 30-days due to the troubles at the centralized crypto firm. She added:

“As crypto penetration and user base continue to grow, decentralized wallets will become the most important blockchain entrance to new users. In the long run, wallets could even become an on-chain identity manager, protecting all your on-chain data and authorizations.”

Risks aside, the phrase “Not your keys, not your coins” has become more apparent to the crypto community than ever before. “The current challenges of accessing crypto on exchanges highlight the need for secure ownership of your private keys,” Lowe emphasized.

As a result, hardware wallet providers are preparing to accommodate a sudden surge in users. In order to do so, many are developing new products while ensuring that existing features meet market demands. For example, Lowe shared that Arculus recently announced NFT support and WalletConnect integration, allowing consumers the ability to browse NFTs and DApps all within the Arculus ecosystem.

Gauthier also explained that Ledger has been focused on evolving its products for Web3, noting that the company just announced “clear signing” technology for NFTs. While the Ledger Nano S Plus was designed with NFT collectors in mind, Gauthier explained that the clear signing functionality was officially implemented during “Ledger Op3n,” an event that took place on June 22 this year in New York.

“No one is doing clear signing for NFTs – everyone is just sending NFTs blindly left and right, which is a terrible thing to do,” he commented. Clear signing aims to provide all the details on a transaction. In turn, Gauthier added that hardware wallet providers must focus on certain features moving forward such as bigger screens, more memory, and additional connectivity.

While accommodating NFT growth is critical, Tětek mentioned that Trezor is exploring options to implement Lighting Network capabilities for its users, which will help make Bitcoin transactions faster and cheaper. According to a Trezor blog post, this will ultimately make Bitcoin more convenient to use as a means of payment.

This all boils down to the urgency for crypto investors to take personal security more seriously. “Self-custody is a fundamental requirement for both financial self-sovereignty and using permissionless decentralized systems. If you’re using centralized exchanges exclusively, you’re not using crypto, you’re just spot trading IOUs on a company’s database,” Leroux remarked.