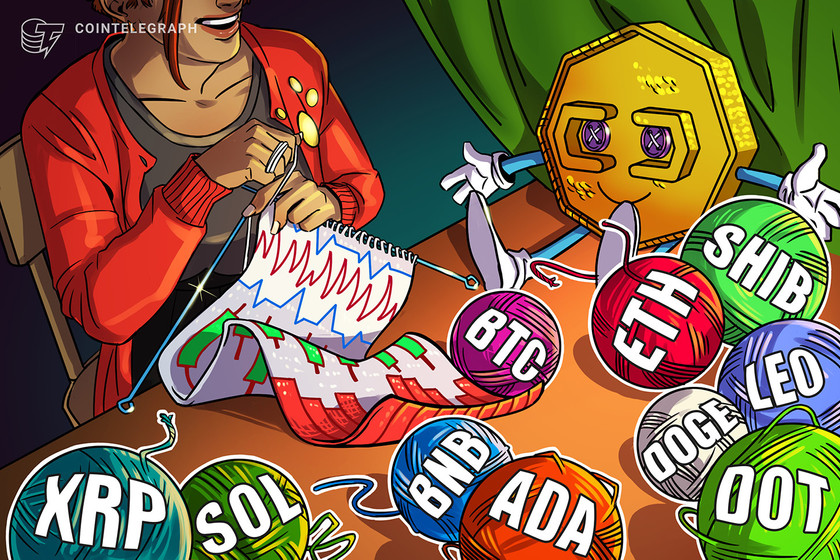 Bitcoin and select altcoins are making an attempt at flipping key resistance levels, but negative news-flow and selling from BTC miners could continue to weigh on market sentiment.

Bitcoin (BTC) is attempting to rise above the psychological level of $20,000 on July 6, a sign that bulls are trying to stall the brutal bear market. The retail traders are making the most of the current fall and are on a buying spree. Proof of this comes from Glassnode data, showing that wallets holding less than one Bitcoin scooped up 60,460 Bitcoin in June, at “the most aggressive rate in history.”

In a recent report, Glassnode analysts said that the activity on the Bitcoin network shows that “all speculative entities, and market tourists have been completely purged from the asset.” This means that mostly, it is the long-term investors who are left holding Bitcoin.

However, not everyone is bullish about Bitcoin’s prospects in the short term. According to Arcane Research, the ProShares Short Bitcoin Strategy ETF (BITI), the first exchange-traded fund (ETF) to be “short” Bitcoin, has increased its short exposure “by more than 300% last week.”

Could the rush into the first inverse Bitcoin ETF act as a contrarian signal that indicates a possible bottom formation? Let’s study the charts of the top-10 cryptocurrencies to find out.

Bitcoin is trading inside a symmetrical triangle pattern. The buyers tried to push the price above the resistance line of the triangle on July 5 but the bears held their ground.

The Doji candlestick pattern on July 5 shows indecision among the buyers and sellers. This uncertainty could tilt in favor of the bulls if the price breaks above the triangle. If that happens, it will suggest that the triangle may have acted as a reversal pattern.

This hypothesis could prove to be incorrect if the price turns down from the current level and plummets below the support line of the triangle. That could pull the price to the critical support at $17,622. If this support collapses, the next stop could be $15,000.

Ether (ETH) attempted a rally above the 20-day exponential moving average (EMA) ($1,186) on July 5 but the bears had other plans. The price action of the past few days has formed an ascending triangle pattern that will complete on a break and close above $1,280.

Conversely, if the price turns down from the 20-day EMA and breaks below the support line, it will suggest that bears remain in command. That could pull the pair to the crucial support at $881. A break and close below this support could signal the start of the next leg of the downtrend.

The 20-day EMA has flattened out and the relative strength index (RSI) is near the midpoint, indicating that bears may be losing their grip.

If buyers sustain the price above the 20-day EMA, the BNB/USDT pair could start its rally to the 50-day SMA ($264). This level may again act as a resistance but if bulls overcome this barrier, it will suggest that the pair may have bottomed out at $183.

Contrary to this assumption, if the price turns down from the current level or the 50-day SMA, it will indicate that bears continue to sell at higher levels. The bears will then try to pull the price to $211.

The 20-day EMA continues to slope down gradually and the RSI is in the negative zone, indicating that bears have the upper hand. The sellers will attempt to sink the price below the support line. If they manage to do that, the XRP/USDT pair could slide to the critical support at $0.28.

Contrary to this assumption, if the price rises off the current level or the support line and breaks above the 20-day EMA, the pair could rally to the resistance line of the triangle. A break and close above this level could signal the start of a rally to $0.48.

Cardano (ADA) remains sandwiched between the 20-day EMA ($0.47) and $0.44 but this tight range trading is unlikely to continue for long. Usually, tight ranges lead to range expansions.

The first sign of strength will be a break and close above the 20-day EMA. That could open the doors for a break above the important resistance at the 50-day SMA ($0.51). If that happens, the ADA/USDT pair could rally to $0.60.

Another possibility is that the price turns down and plummets below $0.44. That will indicate an advantage to bears. The pair could then slide to the critical support at $0.40. If this level gives way, the pair could resume its downtrend.

Solana (SOL) climbed above the 20-day EMA ($36) on July 4 but the bulls could not sustain the momentum. The bears pulled the price back below the 20-day EMA on July 5.

The long tail on the July 5 candlestick shows strong buying at lower levels. This increases the likelihood of a break above the moving averages. If that happens, the SOL/USDT pair could rise to $43. A break and close above this level could clear the path for a possible rally to the psychological resistance at $50.

This positive view could be negated in the short term if the price turns down from the current level or the 50-day SMA ($39) and breaks below $30. That could pull the pair down to $26.

Dogecoin (DOGE) has been oscillating near the 20-day EMA ($0.07) for the past few days. This indicates uncertainty among the buyers and sellers.

The flat 20-day EMA and the RSI just below the midpoint do not give a clear advantage either to the bulls or the bears. A break and close above the 50-day SMA ($0.07) could be the first indication that buyers have the upper hand.

The bullish momentum could pick up on a break above $0.08. The DOGE/USDT pair could then rally toward the psychological level of $0.10.

Another possibility is that the price turns down from the current level and breaks below $0.06. That will indicate advantage to bears and the pair may slide to $0.05.

The bulls could not push Polkadot (DOT) above the immediate resistance at $7.30 on July 4. This suggests that the price remains stuck inside the range between $7.30 and $6.36.

The failure of the bears to pull the price down to the support of the range at $6.36 shows that bulls are not waiting for a deeper fall to buy. This increases the possibility of a break above the overhead resistance. If that happens, the DOT/USDT pair could rally to the 50-day SMA ($8.48). The bears are likely to defend this level aggressively.

Alternatively, if the price turns down and breaks below $6.36, it will signal the resumption of the downtrend. The pair could then slide to the psychological support at $5.

Shiba Inu (SHIB) broke above the 50-day SMA ($0.000010) on July 5 but the long wick on the candlestick shows that bears are selling at higher levels. A minor positive is that the bulls are not allowing the price to dip back below $0.000010.

Both moving averages have flattened out and the RSI is near the midpoint. This does not give a clear advantage either to the bulls or the bears.

Alternatively, if the price turns down and breaks below $0.000009, it will suggest that the bears are back in control. That could enhance the prospects of a retest of the critical support at $0.000007.

UNUS SED LEO (LEO) continues to oscillate near the resistance line of the descending channel as both the bulls and the bears try to gain the upper hand.

The price once again rebounded off the 20-day EMA ($5.66) on July 5, indicating that the bulls continue to defend the level aggressively. The bullish momentum could pick up if bulls push and close the LEO/USD pair above $6. If that happens, the pair could rally to $6.50 and then to the pattern target of $6.90.

On the contrary, if the price turns down and closes below the 20-day EMA, it will indicate that the bears have overpowered the buyers. That could pull the pair down to the 50-day SMA ($5.33).