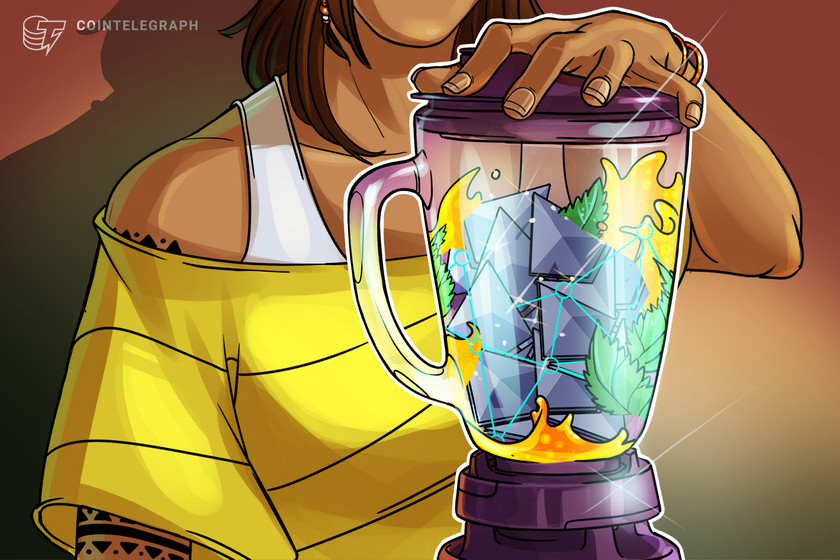 The privacy-focused mixer has been at the center of several DeFi exploits over the past year as users attempted to obfuscate the trail of stolen funds.

Tornado Cash Classic UI became fully open-sourced on Thursday, the protocol’s anonymous developers announced in a Medium blog post. Although the protocol’s UI has been decentralized since 2020, its open sourcing means anyone can analyze Toronado Cash’s UI pools and make pull requests to improve the project. In the software development world, a pull request is when a developer is ready to merge new code changes with the project’s main repository.

Technically, Tornado Cash’s open-sourcing allows anyone to fork the repository and modify the code as they see fit.

“We personally grew fond of the black & green floating astronaut associated with the protocol,” the developers said, referring to the current website interface. “However, you should know our credo by now: We will always lean towards more decentralization. As far as we are concerned, our DAO took a step further with this great progress.”

A DAO, or decentralized autonomous organization, is an internet-native organization collectively managed by its members with no central authority or leadership. Tornado Cash first announced its DAO in mid-2020.

Tornado Cash currently has over $300 million in total value locked, or TVL, according to DeFi Llama. This figure was closer to $850 million in November 2021 when the project announced the launch of its layer-2 scaling network on Arbitrum.

Related: Crypto privacy is in greater jeopardy than ever before — Here’s why

The Tornado Cash protocol has been at the center of several decentralized finance exploits, including the $375 million wormhole attack in February and the more recent $100 million Horizon Bridge hack. As a mixer, Tornado Cash allows cryptocurrency users to obfuscate transaction trails. Currently, the protocol supports mixing a maximum of 100 Ether (ETH) at a time.