Key Bitcoin chart ‘will confirm bottom is in’ by July 15, says trader 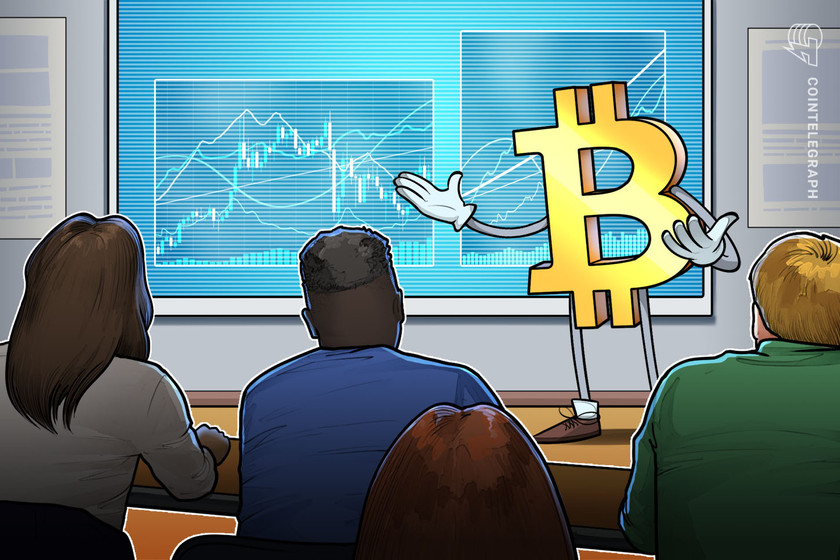 It’s all about two moving averages crossing over as proof that BTC price action is done with the dip.

Bitcoin (BTC) is due to give a definitive signal that a macro bottom is in this month, one analyst has concluded.

In a Twitter thread on July 6, popular commentator Wolf eyed key moving average data as proof that BTC price action will not be going lower.

Amid repeated calls for BTC/USD to revisit levels not seen since Q4 2020, one simple historical trend is now saying that the pair has already seen its latest macro lows.

Analyzing the 3-day chart, Wolf argued that the 100-day moving average (MA) crossing the 200MA will act as a price floor signal — just like in previous bear markets.

“Negative 3d MA100 will cross positive 3d MA200 by half July, that would confirm that bottom is in,” he wrote.

Specifically, the crossover of the two MAs is due on or by July 15 — in just a week’s time — after which future trajectory should be confirmed. Should Bitcoin avoid major downside in the meantime, $17,600 will thus remain as the latest long-term BTC price bottom.

Negative 3d MA100 will cross positive 3d MA200 by half July, that would confirm that bottom is in. pic.twitter.com/WgPMUkWIoy

Despite historical precedent, such an outcome is nonetheless far from certain. Prior to the July 15 deadline, crypto markets will have to weather an ongoing macro economic storm, which has so far proved deadly for risk assets across the board.

July 13 will be of particular interest to market participants, this date marking the release of Consumer Price Index (CPI) data from the United States for the month of June.

As Cointelegraph reported, inflation is already at 40-year highs, and CPI readouts have shown a consistent uptrend throughout 2022.

The faster inflation is shown to be accelerating, the more likely a reaction from the Federal Reserve, with monetary tightening having a direct negative impact on risk asset performance.

Moving averages stack up as resistance

BTC/USD meanwhile circled $20,500 at the time of writing on July 7, approaching weekly highs.

In a thread of his own on July 6, analyst Keith Alan flagged various other daily, weekly and monthly MAs as zones of interest should Bitcoin manage to sustain upwards momentum.

“Continued rejections at the 21 DMA would indicate there isn’t enough bullish sentiment to push higher, which brings downside targets into focus,” he explained.

He noted, however, that should a resistance/support flip (R/S) occur, the 50-month MA would come into play, followed by the essential 200-week MA which has formed a key focus in prior bear markets.

1/8 Yesterday #Bitcoin retested the 21-Day Moving Average. After reclaiming it briefly, price fell back down, marking another failed attempt. Price remains in range of another retest. Here's a on why this level warrants some attention. #NFA pic.twitter.com/gfbWBXtTRk