Crypto, like railways, Part 2: Blockchain as the new internet planner 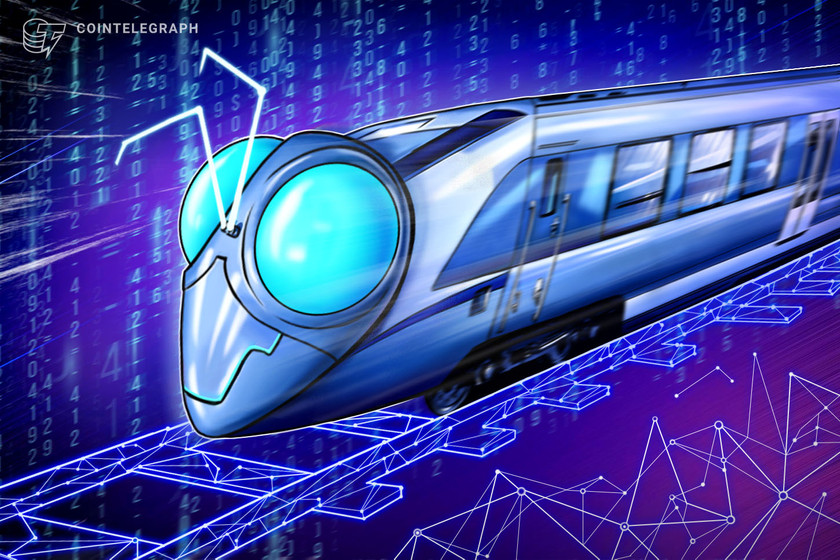 Just like railways transformed everyday lives in towns in the early days, blockchain technology continues to shape the format of the internet and its users.

In my latest article “Crypto, like railways, is among the world’s top innovations of the millennium,” I compare the blockchain revolution to the railway boom. If we apply this analogy further, what’s going to happen next?

Stuart Hylton in his book What the Railways Did for Us: The Making of Modern Britain cites this quote: “The direct effects of railway building are, after all, considerable enough in themselves to require no exaggeration. They profoundly influenced the internal flows of traffic, the choices of the site and the patterns of land use, the residential densities and development prospects of the central and inner districts of the Victorian city.”

When one examines the development of blockchain technology, one can make a curious observation. First of all, nobody saw it coming: People neglected Bitcoin (BTC) and related applications; blockchain protocols were doomed as unnecessary, while Wall Street predicted the fall of crypto. Laugh or not, Bitcoin has “died” over 400 times. Secondly, the industry has captivated the minds of the public and professionals, governors and creators; in a blink of an eye, the internet adopted the roadmap from Web2 to Web3.

Just like railways transformed towns in the early days, blockchain continues to shape the format of the internet. Below I highlight some of the key ways it influences the design and architecture of virtual networks and physical infrastructure.

The first use case of cryptocurrency is instant, uncensored, nearly free payments. The majority of crypto users don’t care about replacing the central bank currency in their countries; they simply enjoy the seamless speed and fungibility of new money.

Often, this digital cash is accepted when there is a limitation on the usage or a high fee imposed on a traditional currency. As a result, more merchants consider this payment method, while maintainers of crypto also adapt.

Related: The decoupling manifesto: Mapping the next phase of the crypto journey

Crypto infrastructure adapted to regulations and vice versa. When China introduced a ban on initial coin offerings and later limited mining in the country, the industry moved to more favorable territories. Also, countries with cheaper electricity such as Venezuela and Ukraine satisfied the demand in expanding mining operations.

When more cryptocurrencies introduced proof-of-stake consensus, a number of decentralized finance (DeFi) projects emerged. So, while bankers continued their plea to neglect this “funny money,” the industry strengthened its position and quietly grew to an over-$2-trillion market.

Now, I return to the chapter on town planning with railroads: “The arrival of the railroads in London, according to Simon Jenkins, had a greater impact than anything since the Great Fire of 1666.” The same happened to crypto for investing: Suddenly, millions of people — mostly millennials — got a chance if not to become super-rich then at least to make a quick buck on the launch of new tokens. This motivated blockchain entrepreneurs to build more DeFi solutions, from decentralized exchanges to farming and various liquidity pools.

Related: Building blocks: Gen Y can use tokens to get on the property ladder

NFTs and organizing the chaotic net of information

If search engines like Google allowed us to systemize information on the internet, then Web3 would make it more effective. For instance, a certain file — let’s say, an image — could be reused as an original source instead of copying it. This seems contradictory to what we observe now, but the introduction of nonfungible tokens (NFT), their sales frenzy and the experiments in virtual reality hint at what a “semantic web” could look like.

Hylton mentions that railways pushed the slums out of British and American towns and brought order to the streets along these rails. “By the mid-twentieth century, trains had made one final addition to the British landscape: a statewide network of sometimes abandoned and impassable canals, many of which have since been rebuilt. During the early phases of the Industrial Revolution, they served as the nation’s arteries. The Duke of Bridgewater, who created the canal that bears his name, was one of the first to see the threat that railways represented to his creation. ‘They will endure my time, but I sense trouble in those infernal tramroads,’ he observed of the canals as an elderly man (he died in 1803).”

Related: Web3 relies on participatory economics, and that is what is missing — Participation

Where does it lead us?

So, the railroads replaced the canals. Web3 will inevitably transform Web2, but we cannot be certain about the fairness of the process. (Similar to railroad transforming the terrain of cities and moving poor populations to other places, blockchain protocols are forcing digitalization without giving a real choice.) As active observers, it is our duty and responsibility to constantly remind ourselves about the limitations and risks of new technologies to ensure a just transition for all.

Katia Shabanova is the founder of Forward PR Studio, bringing over 20 years of experience in implementing programs for IT companies ranging from Fortune 1000 corporations and venture funds to pre-initial public offering startups. She holds a Bachelor of Arts in English Philology and German Studies from Santa Clara University in California and earned a Master in Philology from the University of Göttingen in Germany.
Read Entire Article