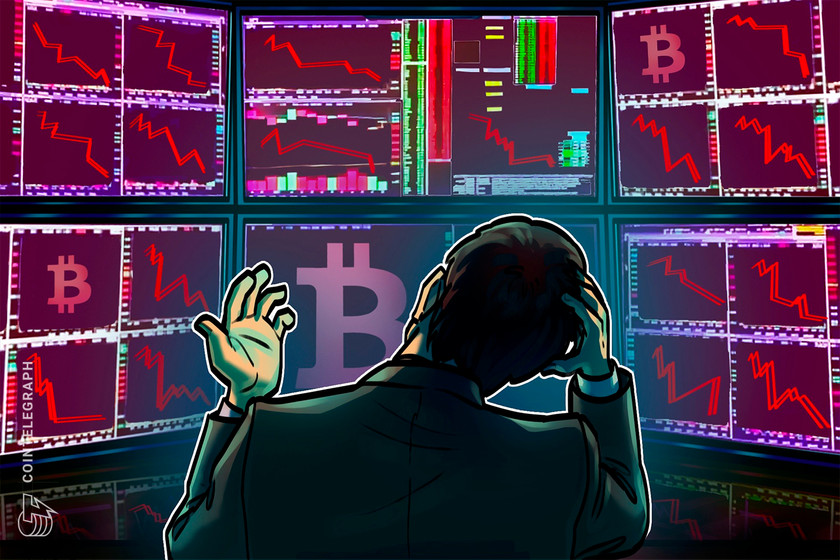 Support is thin on the ground, analysts and traders warn, as ex-BitMEX CEO Arthur Hayes heralds the start of the fiat currency “doom loop” with USD/EUR parity.

Bitcoin (BTC) headed for $20,000 after the July 11 Wall Street open amid fresh warnings to “prepare for new lows.”

Data from Cointelegraph Markets Pro and TradingView showed BTC/USD failing to recover losses that had immediately followed the weekly close at $20,850.

The pair had nonetheless locked in its best week’s gains since March, these nonetheless apt to unravel as market uncertainty lingered.

For on-chain analytics resource Material Indicators, the level to watch was a trendline acting as support since June.

“BTC fell back below the 21-ay Moving Average after the Sunday close,” it wrote in a summation-like Twitter post alongside a heatmap of buy and sell interest on major exchange Binance.

“FireCharts shows some bid liquidity in close range, but it may not be enough. If price falls below the trend line, prepare for new lows.”

32 days since the start of Bitcoin's miner capitulation.

If CPI comes in hot, US equities make new lows, and Bitcoin drops sharply below $20k, get ready for the next wave of capitulations. pic.twitter.com/pKfchsILmf

Macro takes were hardly any more optimistic. For Arthur Hayes, former CEO of derivatives trading platform BitMEX, confirmation was in that at least the U.S. dollar and the euro were beginning a “doom loop” to oblivion thanks to hitting parity.

Related: US inflation data will be ‘messy’ — 5 things to know in Bitcoin this week

Central banks would now have no option but to adopt yield curve control (YCC), sparking the disintegration of the currency which could ultimately leave Bitcoin on top as the new global standard — a prediction previously laid out in a blog post in April.

The #DoomLoop has begun. 1 USD = 1 EUR. Prepare yourselves for YCC and $BTC = $1 million. But please be patient, these things take time. pic.twitter.com/mR8SsBx0fv