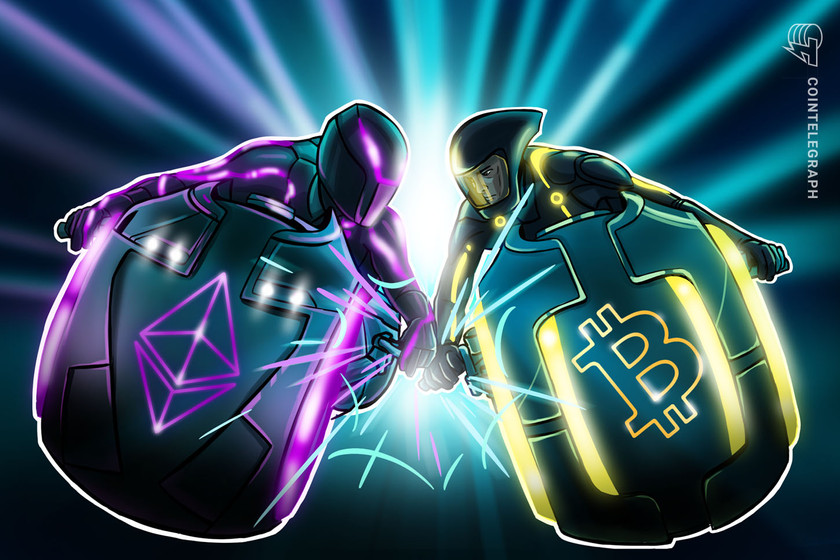 Researcher Vivek Raman said that after the Merge, ETH inflation will be lower, security will be better and ETH will position itself as a digital bond.

As Ethereum shifts into proof-of-stake (PoS), a decentralized finance (DeFi) researcher has argued that the platform can overtake Bitcoin’s (BTC) throne as the top dog in crypto.

In a Twitter thread, researcher Vivek Raman highlighted that the upcoming Ethereum Merge could create a better economic structure for the smart contract platform. According to Raman, the shift into PoS lowers Ether (ETH) inflation, gives better security and positions the crypto as a digital bond.

Raman said that after the Merge, ETH inflation will drop from 4.3% to 0.22%. The researcher explained that this gives the ecosystem a 95% reduction in issuance, limiting the number of ETH that can be sold in a day.

Additionally, the researcher also explained that the platform would be running on better security after the Merge. Citing a post by Ethereum co-founder Vitalik Buterin, Raman highlighted that it would cost more to attack the network once it runs on PoS.

Apart from these, Raman also believes that the Ethereum Merge will allow ETH to complement Bitcoin’s use cases as a store of value and a collateral asset. While BTC will function as digital gold, Raman argues that ETH will position itself as a digital bond and DeFi’s main asset used as collateral.

Earlier in July, the average gas fees required to transact in the Ethereum network dropped to $1.57, a number that was last seen back in 2020. The drop in gas fees follows the downward trend of nonfungible token (NFT) sales, with daily NFT purchases dropping to one-year lows.

While the network’s gas fees are low, registrations for the Ethereum Name Service surged by 200%. This happened earlier in July when the ENS Dashboard showed a leap from 11,042 registrations to 29,727. The hype is also attributed to the second-largest ENS sale, which happened on the same weekend as the surge in registrations.