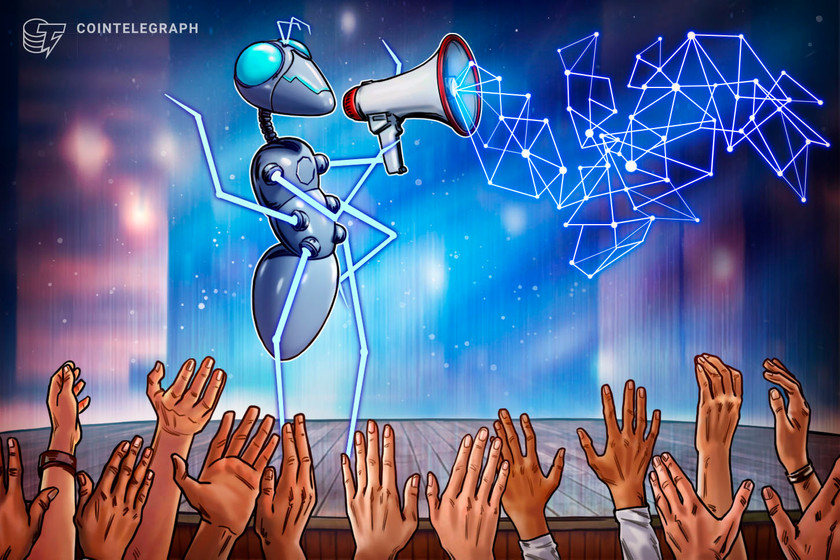 There is an educational website for beginning crypto users called ZeFi. The site has helpful introductory lessons, some interesting articles and a look of sincerity, much like other sites. However, none of it is that different — at least not in English. Its special feature is the language button in the upper right corner that reveals the Arabic version of the website.

“There is really nothing about blockchain in Arabic. […] And once you find something in Arabic, it is mostly influencers that are trying to pump and dump coins,” ZeFi founder and CEO Karam Alhamad said. The Arabic version of ZeFi is fuller than the English. It has culturally informed examples and starts with the very basics.

“ZeFi started with the idea of explaining what is money first” to people who “have never used banks, or credit cards or PayPal, people who have no sense of what money is,” Alhamad said. To figure out how to explain blockchain, Alhamad and his associates went to their grandmothers to start.

ZeFi began as a Telegram group and made its premiere online in March of this year. It also retains its connection to the telephone. Internet access is scarce in some of ZeFi’s service areas, which is mainly Syria and Iraq, but nearly everyone has a mobile telephone, Alhamad said.

Translation challenges were everywhere — bull markets and bear markets, for example. Even “blockchain” was hard to translate, and it was hard to explain against a background of monarchies and dictatorships, where the centralization of power and order is complete. Nonetheless, ZeFi developed vocabulary and is now working on a technical dictionary with graphics.

From petroleum engineering to civil society

Alhamad is a first-year student at the Yale Jackson School of Global Affairs. He got there by a circuitous route that began at a Syrian college in 2011 when Alhamad was studying petroleum engineering and the Syrian uprising broke out.

The uprising was “a new purpose, a new goal,” he said.

Alhamad became an activist and was detained by authorities four times between 2011 and 2013. The fourth time, he was held for nearly a year in an overcrowded underground facility. But he was not deterred.

It was after his final imprisonment, when he was working for civic society groups, is when Alhamad first heard of cryptocurrency.

“It’s hard to send money,” he said. “I know it’s a very limited aspect of crypto in terms of transactions, but it’s really very hard, and back then we were trying to find other ways that we can receive money from donors.”

Alhamad had bigger things to worry about, though. The following year, he and his brother fled to Turkey and then created a website devoted to his experiences in Syria. Described as an animated graphic novel, it is indeed somewhat graphic, and also lyrical.

Alhamad received a liberal arts degree from Bard College Berlin, but was blocked from completing a degree in the United States by Donald Trump’s executive order, widely referred to as a “Muslim ban.” He got married and worked in development organizations.

In 2019, Alhamad began to think about the potential of blockchain technology for building a civil society. In 2020, he quit his job and set out to create his own nongovernmental organization (NGO), the ZeFi Foundation.

Launching his own NGO

The ZeFi Foundation was in full swing by early 2022. It provided grants to Syrians to pay for university applications and related costs and led workshops for 22 civil society NGOs in Syria to talk about the political aspects of blockchain and how to use blockchain for human rights activism and organization. Using blockchain for data storage was another big topic.

“If you’re recording human rights atrocities of the regime, or even in opposition areas, you don’t want to use Google docs and suddenly have everything lost,” Alhamad said.

At ZeFi they talk very little about crypto trading, Alhamad said. This is unsurprising since opportunities for trading are limited in its focus area. The organization aims to develop the capacity of NGOs to use blockchain so they will be ready to take advantage of it “when it is completely legalized.”

One of Alhamad’s hopes for blockchain is that it will help deliver more money to places that need it. With conventional money transfer systems, “everybody gets a cut” — subcontractors, operational costs and transfer fees eat into transfer sums, and sometimes less than 10% of the announced sum of a grant makes it to Syria, he said.

In the meantime, even as Alhamad studies in New Haven, there is plenty for the ZeFi Foundation to do. In areas controlled by the opposition in Syria, there are service gaps. It is a struggle to keep utilities and food distribution going and to meet similar needs that had been the responsibility of the government.

ZeFi is in talks with civil society groups in areas controlled by both the government and the opposition. It does not make all of its activities known, but Alhamad said ZeFi is discussing unifying vaccination records “even without getting any sort of political agreement from the military forces in these areas.” It is also in talks on using nonfungible tokens (NFTs) to record refugees’ educational and other qualifications.