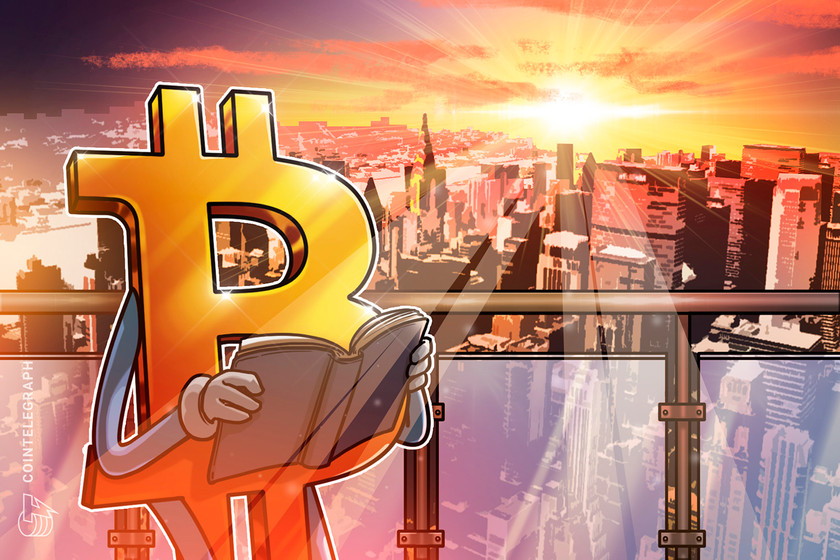 A report that argued for decentralized models to help scale Bitcoin eventually became the basis for the book proposal.

“In 2015, I quit my job at the tender age of 29 to do something I’d never done, which is to write a book with no idea of what would come afterward.” Fast forward seven years later, Alex Tapscott is now a renowned Canadian business author known for his national bestseller Blockchain Revolution: How the Technology Behind Bitcoin is Changing Money, Business, and the World. Aside from his writing ventures, Tapscott also serves as the founder and CEO of digital assets investment company NextBlock and is the co-founder of Blockchain Research Institute along with his father, Don Tapscott.

But what drove the young Tapscott at the time to write about an asset class unbeknownst to the general public? In an interview with Cointelegraph, Tapscott explained that the idea came from his father during an annual ski trip:

“My dad’s an academic, author, consultant, and so forth at the University of Toronto, looking at how new technologies enable new forms of global problem-solving. And one of the technologies that we’re trying to understand a lot better is Bitcoin. And so he asked me, Would you be interested in participating as an author or running one of these research projects? At the time, I was working in a financial services role at the investment bank, so it interested me immediately.”

The idea was met with skepticism at the onset. “Certainly, many of my colleagues were confused; they thought I was nuts quitting a high-paying job to write a book.” What’s more, Tapscott said that both he and his father were met with hostility by many people in the business world. “A lot of people thought that crypto was just bad. But a part of me felt the need to chase this sort of dream.”

And with months of debates, analysis, and critiques while working alongside his father on Blockchain Revolution, it came true. In the end, the book became a big hit as it was published in 2016, just around the time when a much larger audience became interested in learning about the technology. Blockchain Revolution was translated into 19 languages, with over 500,000 copies sold to date. “It led me on a journey that I’m still on this day,” Tapscott explained. For about a year, I traveled around the world, giving speeches on almost every continent. It’s amazing how people open my eyes to new perspectives. And I look forward to the next chapter in my evolving crypto story.”