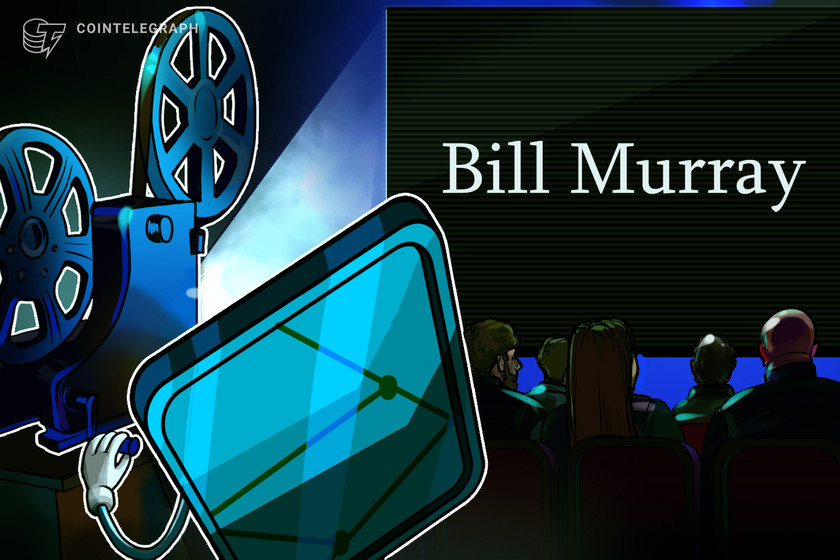 “Anecdotes, observations, advice, memories, Murray-isms” are coming to the world of NFTs as acclaimed icon Bill Murray prepares to launch an inaugural NFT series with Coinbase.

American actor, writer and comedian Billy Murray is a globally known figure within the entertainment industry following an acclaimed and on-going career that spans six decades.

Murray has earned a plethora of major accolades — principally a British Academy Film & Television Awards (BAFTA) for his role of Best Actor in a Leading Role for the 2003 comedy-drama Lost in Translation, and a Golden Globe Awards for Best Actor for the same film — as well as two Primetime Emmy Awards for Saturday Night Live and Olive Kitteridge chronologically.

In his latest venture, the 71-year-old has inked a partnership with Coinbase’s beta NFT marketplace, entertainment site theCHIVE and e-commerce platform Project Venkman to release a collection of unique, one-of-one NFTs.

An official blog post from Coinbase details the specific behind the 1000-piece drop, noting that it “offers 100 story NFTs containing anecdotes, observations, advice, memories, Murray-isms, and more”, before revealing:

“Bill and his son Jackson personally reviewed, edited, and approved every story NFT in the collection. They also worked closely with author John Resig to add context to the stories we all know and love, while also contributing dozens of stories few have ever heard.”

@nftalan posted a comment underneath the announcement sharing, “Bill this is gonna be amazing! 🧡”, to which Murray responded “pull up a chair for storytime!”

Alongside the digital asset, a “photo-realistic, large-format, acrylic-on-canvas portrait of Bill Murray” has been created by Californian-based abstract expressionist artist David Grizzle. The work will be auctioned at an undisclosed date in August 2022 alongside the collection’s debut NFT asset with all funds designated to a chosen charitable organization.