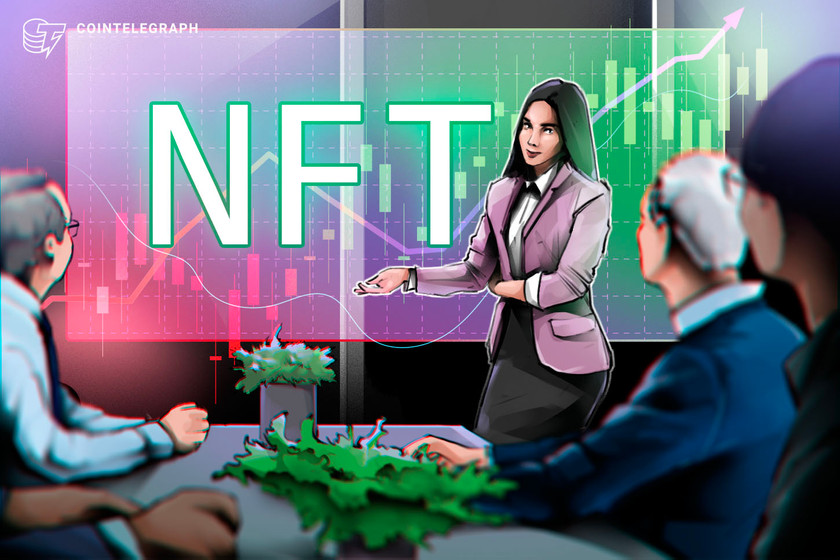 Despite the massive downturn in the NFT market, CryptoPunk 4464’s $2.6 million price tag signals that top NFT projects are still managing to attract some serious attention.

Despite a major decline in trading volume across the broader non-fungible token (NFT) market, a single CryptoPunk has sold for a whopping 2,500 ETH which equates to a price tag of just over $2.6 million.

The $2.6 million transaction makes the sale of CryptoPunk 4464 — one of just 24 ape-themed CryptoPunks — the largest NFT sale of the last 30 days across the entire market.

When looking through the lens of ether (ETH) denominated pricing, the sale makes this particular Punk the collection’s fourth most valuable sale of all time, although the recent downward pressure on the price of ETH means that the dollar value of NFTs has suffered substantially over time. In USD terms, it’s the 15th most valuable CryptoPunk sale to date.

Contrary to the bearish sentiment around NFTs, the floor prices of the top collections have actually been on the rise in recent weeks — with the floor price of the CryptoPunk project growing more than 65% in the last 30 days. Bored Ape Yacht Club (BAYC), crypto’s most popular NFT project, has seen a 21% increase in its average floor price, while companion project Mutant Ape Yacht Club saw its floor price grow by 25%.

The record sale additionally shows that despite broader trading volume and average floor prices throughout the NFT market slumping to new yearly lows, the most popular NFT projects are still attracting serious attention.

Unfortunately for non-fungible enthusiasts, over the last three months, the NFT market capitalization suffered a drop of 32% while losing over 70% of its trading volume, according to data from NFTGo.

Meanwhile, according to DappRadar the number of users on OpenSea — the largest NFT marketplace by volume — has fallen by nearly 9 % in the past month. By the end of last month, overall NFT trading volume on the platform had fallen roughly 65% to $500 million.

While lower Ether prices have also driven down overall volume, the number of first-time NFT buyers has remained relatively consistent at around 5,000 users since March this year — suggesting that the market appeal for NFTs on the Ethereum network has been sustained.