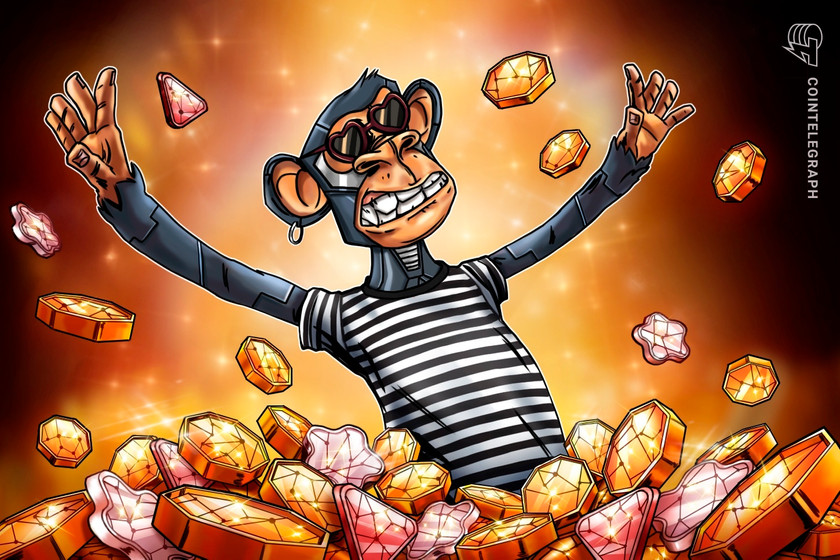 Otherdeed land owners, known as Voyagers, will be able to participate in the experience via a token-gated asset confirmation.

The Otherside, a gamified metaverse project associated with the Bored Ape Yacht Club, is scheduled to deploy a technical demonstration of the first stage of the Otherside roadmap on July 17th at 4pm UTC.

The First Trip experience will be exclusively accessible to Otherdeed land owners, known as Voyagers, and has been described by the platform as a “celebration of what’s to come and an opportunity for Voyagers to gather, explore, and plan.”

The company indicated that thousands of users could participate in the event, navigating through the curated arena of play that has been specifically designed for the test, as well as guinea-pigging the “3D, hi-res Voyager prototypes that can walk, run, jump, and emote”, and a “private, tokengated livestream”, among other novel features.

An Otherdeed asset for the Otherside has sustained a floor price of circa 2.9 ETH over the past few weeks, with 100,000 assets in supply and 35,000 owners at the time of writing.

The First Trip demo arrives less than a week after the occurrence of two load tests on July 6th and July 9th with the intention of assessing the technical boundaries of the Otherside platform, and the collaborative dynamics with the Improbable team.

The events witnessed frenetic crowds of faceless avatars with overhead name tags and reactionary emojis sprinting, dancing, and acrobatically flipping around a blank-white universe as giant moderators towered over and bellowed instructions.

Users were advised to engage in activities to test the gaming experience, such as inputting their age, experience score, and objectives for their gameplay, before choruses of degenerates relayed calls of ‘Otherside’ and ‘We love Koda’.

Twitter user and owner of BAYC #8412, null.eth and Sandbox ambassador allo.eth, each published videos on Twitter which perfectly captured the experience of the test event.

Despite the visually comedic ant-hill, crabs-in-a-bucket appearance of the load tests, there was widespread praise throughout the community for the visual rendering quality, spatial audio and overall experience, with high anticipations for the upcoming First Trip and future full-scale rollouts.

Co-founder of digital fashion brand RTFKT Studios, Benito replied by stating that: “2.5K people were connected and moving live. That’s huge, the tech has been proven live with gated access and real people.”

While BAYC co-founder, Gargamel, known as Garga within the community, shared: “Had about 2.5k concurrent users running around in the neutral space. Tons of great info compiled to make sure First Trip goes smoothly, and [we are] taking all your notes from Discord as well.”

Less favorably, some compared the uncanny design similarities to the starter templates available through game engines such as Unreal Engine. It remains to be seen whether Yuga Labs intend on building and developing their own game engine to launch the Otherside and innovate on the future of metaverse gaming, or simply utilize a pre-existing model.

For many participants of the NFT ecosystem, mentions of the Otherside may still be synonymized with the gas-war minting saga and subsequent financial begrudgery in late-April. However, since then, the publication of an eight-part roadmap for the Obelisk mission, and consistently executed testnets have cultivated a more positive narrative around the metaverse project.