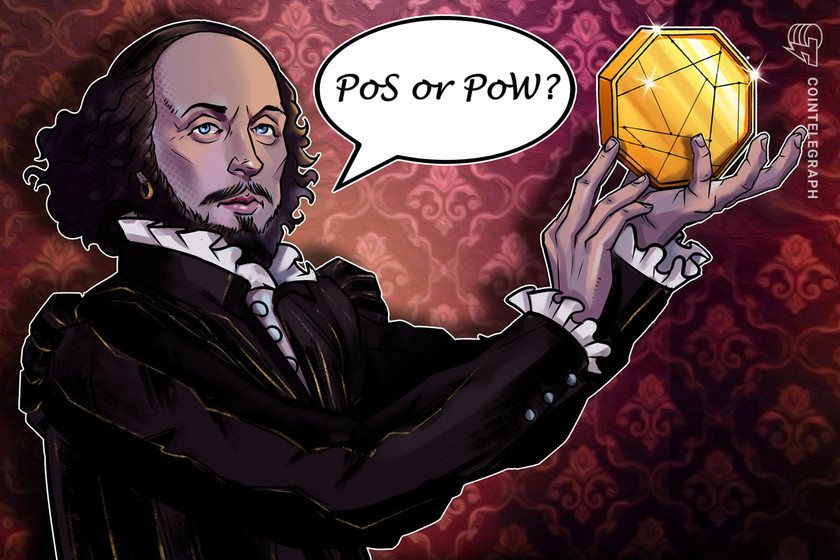 Amid the soaring inflation, the European Central Bank (ECB) has found time to sum up its concerns about the “significant carbon footprint” of Bitcoin (BTC) and other cryptocurrencies, which require vast amounts of computational power.

ECB published the report titled “Mining the environment – is climate risk priced into crypto-assets?” on July 12. In the report, the ECB research group reinforces the environmental narrative about the battle of protocols, where the proof-of-work (PoW) concept represents a threat to the planet. In contrast, the proof-of-stake (PoS) is the only sustainable crypto option, experts argue.

The article compares the amount of consumed energy by Bitcoin to the yearly energy consumption of individual countries, such as Spain, the Netherlands and Austria. It claims that the combined carbon footprint for Bitcoin and Ether (ETH) negates past the greenhouse gas (GHG) emission savings for most Eurozone countries as of May 2022.

As the main reason behind the significant energy consumption lies in the PoW consensus mechanism, authors deem both Bitcoin and tokens based on the Ethereum blockchain, including stablecoins like Tether (USDT), as particularly non-sustainable and putting the whole green transition project at risk. In July, Ethereum completed a significant trial for the Merge on the Sepolia testnet, pushing the platform nearer to the shift to the PoS consensus mechanism.

At some point, the article sharpens the tension between the green transition goals and crypto in large up to the point of a possible war. Political and social choices on energy sources and energy consumption levels could lead policymakers to privilege certain productive activities, which, in turn, would bring risks for crypto-assets valuation.

According to the report, the benefit of Bitcoin for society is doubtful, and thus:

“It is difficult to see how authorities could opt to ban petrol cars over a transition period but turn a blind eye to bitcoin-type assets built on PoW technology.”

In a further car analogy, the report claims the PoS is the crypto version of the electric vehicle and an obvious candidate for policymakers’ incentivization.

Last week the ECB released a report analyzing the growth of the cryptocurrency market over the past decade and the risks it poses to the existing financial system. It concluded that a lack of regulatory oversight added to the recent downfall of algorithmic stablecoins ecosystems such as Terra (LUNA), indicating the contagion effects such stablecoins could have on the financial system.