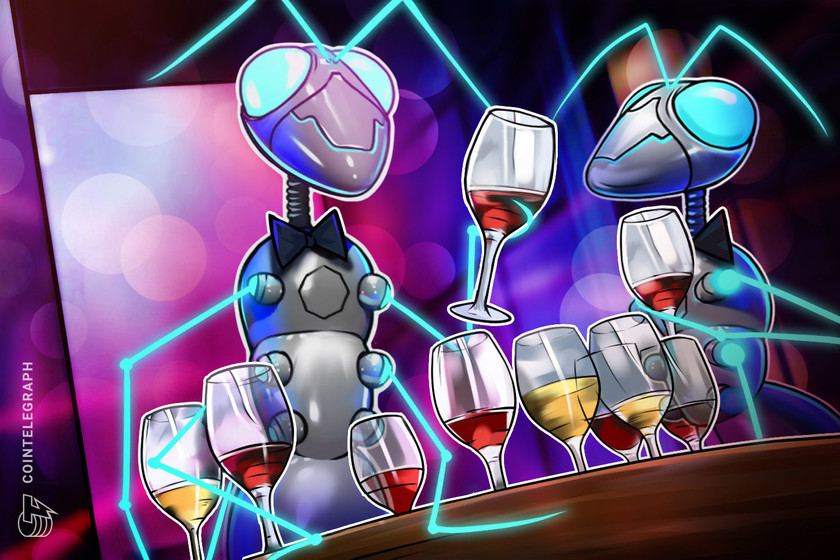 A bottle of very expensive whisky is being auctioned off with an NFT to authenticate true ownership of it, along with artwork made special for the event.

A bottle of 52-year-old whisky made at Japan’s famous defunct Karuizawa distillery is being auctioned off as an NFT.

The starting price for the nonfungible token (NFT) and bottle of whisky is a dizzying $75,000, or about 62 Ether (ETH). Direct-to-Customer NFT wine and spirits marketplace BlockBar is handling the auction.

To whisky collectors, the ultra-rare bottle of whisky from “The Last Masterpiece” cask made in 1970 is attractive as there are now only 211 bottles of it left, according to a July 12 report by Finbold. Now an NFT collector can bolster their collection with a token that verifies authentic ownership of a bottle.

The auction began on July 12 and will continue until July 18. The artwork for the NFT and the bottle was made especially for the BlackBar auction by calligrapher Sounn Takeda. There has been one bid made on the item so far.

Some have questioned the association, while others are delighted to see their favorite NFT collection gain widespread recognition in mainstream culture. BAYC owner JBond said in a July 15 tweet that in general, it helps Bored Apes.

I saw arguments on whether a $19.99 @OldNavy shirt with an ape on it hurts or helps bored apes

According to BAYC creator Yuga Labs’ terms of service, owners have the right to use the image of their BAYC as they please under most circumstances.

Some of the NFT community claimed it was an unauthorized use of the image, however Old Navy’s product site indicates that the image on the shirt has been licensed, The owner of this BAYC is clearly an enthusiast, as they own six other BAYCs, 11 Mutant Apes, 20 Otherdeeds, along with two Bored Ape Kennel Club NFTs.

Creating more in The Sandbox

You can now publish game assets that you have created in the Metaverse and NFT gaming platform The Sandbox (SAND).

A July 13 announcement from the project outlines how voxel creators can now publish their artwork and use it on their plots of metaverse LAND.

The process for publishing appears fairly straightforward as a creator merely needs an account on the platform, to create an asset using VoxEdit, and then export it to The Sandbox’s marketplace for publishing.

The catch is that creations will not be publishable or mintable as NFTs initially, however minting and selling will be enabled soon.

This is the first official NFT marketplace available on Syscoin, according to a July 13 announcement. Luxy features include a marketplace to buy and sell NFTs, a collection launchpad, support for audio and video tokens and discounts for LUXY token holders.

Roughly one-third of gamers would be open to using crypto in the Metaverse according to a new survey published by software developer Globant. The survey was conducted by YouGov with 1,000 respondents, 34% of whom indicated that they had some interest in making crypto transactions in a play-to-earn (P2E) setting.

The world’s largest NFT marketplace OpenSea has laid off 20% of its staff because of financial complications caused by “crypto winter,” as it stated in a July 14 announcement. The company believes that the layoffs will help it weather the market downturn.