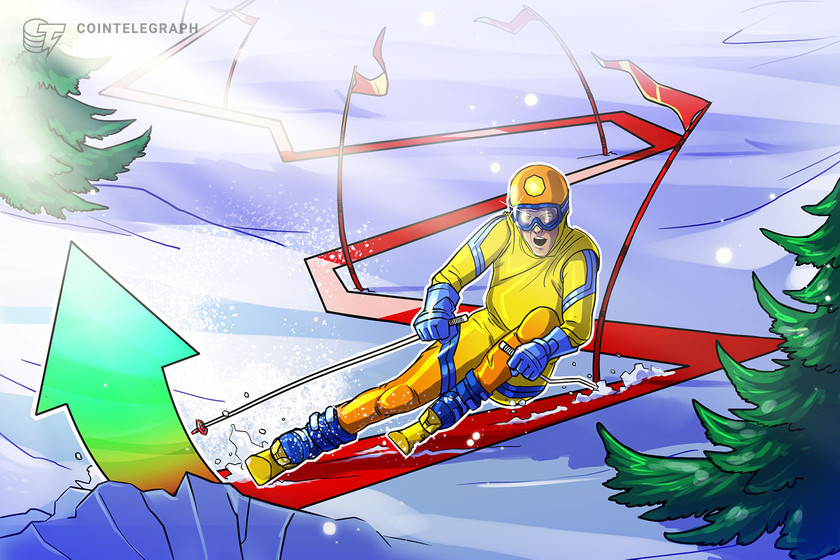 Crypto traders found cause for celebration on July 18 as the total market capitalization climbed back above the $1 trillion mark following weeks of widespread selling after Bitcoin (BTC) price swept yearly lows below $18,000.

The green day for cryptocurrencies largely tracks a positive day in the traditional markets, which are up modestly despite analyst estimates that the Federal Reserve intends to raise interest rates by at least 75 basis points at the Federal Open Market Committee meeting on July 27.

While traders will welcome July 18’s positive price action, many analysts caution that the upswing is nothing more than a bear market pump. Let’s take a look at the current top performers.

Data from Cointelegraph Markets Pro and TradingView shows that over the past week, Bitcoin has rallied significantly and at the time of writing BTC holds a 16% weekly gain from its recent low at $18,907.

The top cryptocurrency now finds itself running square into the resistance found at its 200-week moving average, which also happens to be the upper bound of the trading range BTC has been trapped in since the middle of June.

This level has proven to be a tough nut to crack over the past five weeks as multiple attempts to break above it have been met with rejection. It remains to be seen if Bitcoin will manage to break free of this level and move higher or spend longer trading between $19,000 and $22,000.

We either have a fat breakout or fat breakdown. $ETH has been leading the market so far, along with many other altcoins. Breakouts occurring everywhere.

Ether has been showing increased momentum since the successful July 6 completion of the Merge on the Sepolia testnet. A further boost to its price was provided on July 15 when it was announced that the mainnet Merge is predicted to take place on September 19.

While the September 19 date is still tentative and should be considered as a roadmap projection and not a hard deadline, the prospect of the Merge finally taking place after years of preparation is exciting the community and possibly driving demand for Ether.

On the altcoin front, Polygon (MATIC) continues to lead the pack higher following a week of several major announcements including being selected to participate in Disney’s 2022 Accelerator Program, gaining 32.4% over the past 24 hours and trading near resistance at $0.94.