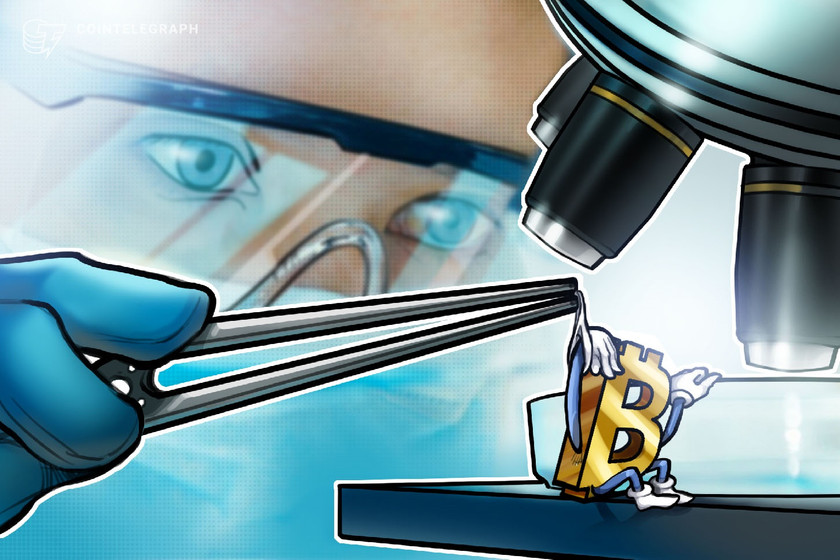 Even with the rise of layer-2 solutions, many experts believe Bitcoin may have missed the boat as a currency for day-to-day remittances go.

It is no secret that a vast majority of investors, both from the realm of traditional as well as crypto finance, view Bitcoin (BTC) as a long-term store of value akin to “digital gold.” And, while that may be the dominant narrative surrounding the asset, it is worth noting that in recent years the flagship crypto’s use as a medium of exchange has been on the rise.

To this point, recently, the central bank of El Salvador revealed that its citizens living abroad have sent over $50 million in remittances to their friends and family. To elaborate, Douglas Rodríguez, president of El Salvador’s Central Reserve Bank, announced that $52 million worth of BTC remittances had been processed via the country’s national digital wallet service Chivo through the first five months of the year alone, marking a 3.9%, $118 million increase in value when compared to the same period in 2021.

Bitcoin as a payment medium has been on the rise, as is made evident by the noticeable increase in the adoption of layer-2 payment protocols such as the Lightning Network. To this point, BTC transaction volumes are currently up by a whopping 400% over the last twelve months.

Therefore, it is worth delving into the question of whether Bitcoin’s utility as a daily transaction medium is actually feasible, especially from a long-term perspective, as when compared to other networks like Ethereum, Solana or Cardano, Bitcoin still lags behind in key areas including scalability and transaction throughput.

Is Bitcoin’s utility as a payment method overrated?

According to Corbin Fraser, head of financial services for Bitcoin exchange and cryptocurrency wallet developer Bitcoin.com, Bitcoin has lost its first mover advantage as peer-to-peer (P2P) cash. This is due to the fact that, since 2016, the Bitcoin community has done everything possible to explain to its users that they should absolutely not use Bitcoin for payments or remittance-related purposes. He added:

“Use cases of remittance and P2P cash payments have moved to other blockchains with higher throughput, lower fees. Bitcoin will be hard pressed to re-introduce the concept of daily payments to its users and other communities focused on these use cases which have found a home under various other banners.”

Fraser stated that when one takes into consideration the difficulty side of things, such as the hassles involved with ordinary crypto users deploying layer-2 solutions like the Lightning Network to process payments, the situation becomes all the more complex. “Competition in low fee, high throughput chains has increased considerably in the past two years. Bitcoin is on its heels when it comes to shifting focus back to using it for daily payments,” he added.

On a technical note, he highlighted that Bitcoin’s limited throughput of five transactions per second means that as people start to flock to the blockchain for daily transactions, its memory pool will fill up, causing the fee market to expand, pricing out more and more users and creating a negative experience for users intending on using it for daily payments. He said:

“Even in the event of a mass exodus from layer-1 BTC to layer-2 BTC protocols, the system will struggle both due to deposits and withdrawals to and from the Lightning Network. That said, Bitcoin’s core devs could make some changes to further enhance utility for payments. If the BTC community can rally behind the payments use case, it is possible consensus could be reached.”

A somewhat similar opinion is shared by Toya Zhang, chief marketing officer for cryptocurrency exchange Bit.com, who told Cointelegraph that even though Bitcoin was initially designed as a payment currency, the development of different protocols and stablecoins has made it highly unlikely that it will ever be used as a payment token anytime soon, even with the implementation of layer-2 solutions. She further explained:

“In the long run, limitations related to confirmation times or price volatility are not an issue. The reason for Bitcoin to not be able to fulfill its role as a remittance medium is very simple, Bitcoin is too pure of an asset. It will only fulfill its original mission if all payment-centric cryptocurrencies fail, the possibility of which has most likely sailed.”

Andrew Weiner, vice president of VIP services for cryptocurrency exchange MEXC Global, told Cointelegraph that while BTC does tend to be used for large payments, technically and philosophically, it is difficult to make micropayments using Bitcoin’s layer-1 blocks, which is the very reason why so many developers are pushing micropayments on Bitcoin’s layer-2 network.

To this point, he noted that from 2018–2021, Bitcoin’s micropayments remained absolutely flat, with a public capacity of less than $5,000. However, things went to a whole new level last year, when the network went from 10 million users to approximately 80 million from October 2021 to March 2022. In this regard, Weiner highlighted:

“The main reasons for this are the reduction in the complexity of layer-2 networks (such as the Lightning Network) and the gradual maturity of infrastructure for setting up nodes and utilizing networks. More and more wallets and payment processors continue to grow. Node cloud hosting and node management software companies support BTC’s Lightning payments, enabling enterprises to integrate more into these products and services.”

That said, he conceded that BTC becoming a means of daily payment depends on the asset fulfilling three core conditions: whether its infrastructure is mature enough to achieve low cost and convenient use, whether there is enough use such that large enterprises, institutions and national governments are willing to use the asset and lastly, whether it can deliver a good enough level of security and privacy.

Yohannes Christian, research analyst for digital asset exchange Bitrue, noted that despite being one of the most secure networks in existence today, Bitcoin’s remittance capabilities are one of the worst in terms of speed and fees. He pointed out that the asset can only process 5-7 transactions per second (which works out to 3,500 to 4,000 transactions in a 10-minute block). Furthermore, when this transaction number peaked, Christian noted that it could take up to an hour to settle a payment, adding:

“In terms of fees, the Bitcoin network follows the Supply and Demand Law, with a low of $0.20 per transaction and as high as $50 per transaction during the height of the 2017 bull run. This congestion issue can create a systematic problem for day-to-day Bitcoin payments.”

And, while the development of layer-2 solutions may help solve some of the scalability problems in question, he believes the network still needs some time before it can become ready to be used for daily transactions. To put things into perspective, the Bitcoin network currently has a 10-minute block transaction with only a 1MB block size. In comparison, its close alternative, Bitcoin Cash (BCH), has a 2.5-minute block transaction and 32MB block size, which is 128 times faster than BTC.

The future of Bitcoin lies within a layered approach

Muneeb Ali, CEO and co-founder of Trust Machines — an ecosystem of Bitcoin-centric applications and platform technologies — told Cointelegraph that once you have a decentralized base as good as Bitcoin, it is easy to build additional utility and scalability on top, adding:

“That’s what we’re seeing in other blockchain ecosystems and what we can expect for Bitcoin as well. When it comes to global remittance capabilities Bitcoin presents the strongest capability given its decentralization, long term durability, uptime and accessibility. The remittance can be in BTC, or through stablecoins built on Bitcoin layers.”

Ali said that despite there being a decade worth of Bitcoin development, we’re still in the early innings of the growing ecosystem. This is because building on the Bitcoin ecosystem has traditionally been hard given the base layer was very simple and lacked advanced programming features.

Recent: Burdensome but not a threat: How new EU law can affect stablecoins

However, now with various Bitcoin layers like the Lightning Network, Stacks and RSK, developers can build more complex applications with relative ease. “Developer traction is an early indicator of increased app development and usage by mainstream users and we’re beginning to see this now starting 2021 or so,” he concluded.

Therefore, as we head into the decentralized future of digital finance, a growing number of countries, institutions and businesses appear to be willing to use Bitcoin as a settlement currency due to a variety of different factors. However, owing to the fact that BTC still experiences great volatility in its day-to-day price action, it is still limited in its overall scope of usability, especially as a payment medium. Thus, it will be interesting to see how the future of the digital asset plays out from here on end.