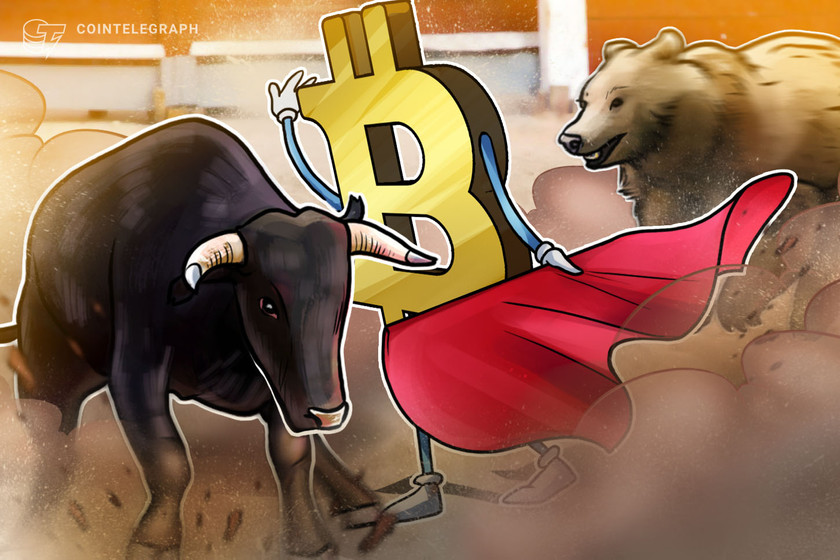 The 200-week moving average fails to hold as a rising dollar adds familiar pressure to Bitcoin and altcoin performance.

Data from Cointelegraph Markets Pro and TradingView showed BTC/USD dropping to $22,340 on Bitstamp after the opening bell, down 8% from its local top.

The pair’s progress had seen a challenge from Tesla, which revealed that it had sold 75% of its BTC position at a loss. Macro events then added to Bitcoin’s woes in the form of fresh U.S. dollar strength and a surprise rate hike from the European Central Bank (ECB) to combat inflation.

At the time of writing, the U.S. dollar index (DXY) had regained 107, up 0.6% in an hour as U.S. equities conversely saw modest losses.

In Europe, meanwhile, the ECB decision failed to improve the fortunes of the euro, which gave back early gains as the Eurozone battled fresh political fallout in Italy.

Good Morning on historic #ECB day from Italy where key interest rate should be at 6% & so 6ppts higher than current rate, acc to Taylor Rule w/Italy's core #inflation at 3.4% way above ECB target & unemployment at 8.1% near NAIRU. ECB rates should be 7.4ppts higher for entire EZ. pic.twitter.com/1Nh8yg4e6A

“Curious to see if we get a similar breakdown on equities that like we did before,” popular trader Josh Rager tweeted, eyeing an S&P 500 fractal from late May.

“Naturally, this would impact the price action of $BTC and crypto.”

The macro impact had already cost Bitcoin its 200-week and 50-day moving averages at the time of writing, these both lingering at $22,800.

Retest of the 50-Day MA validated the Trend Precognition signals on the D chart. Unfortunately for bulls, #BTC lost the 50-Day MA and the key 200-Week MA. The next technical support level is the green 21-Day MA just above the micro trend line. pic.twitter.com/r5m5HFl15i

For popular trader and analyst Crypto Tony, $21,700 was now the level to preserve.

Comparing 2022 to previous bear markets, meanwhile, he argued that Bitcoin should still be in line for some upside before another downmove — a perspective echoed elsewhere this week.

I have just gone over the prior bear markets while looking at time and the overall look. So far our move has taken 210 days while putting in the biggest drop with minimal relief

I think more relief than another drop later this year pic.twitter.com/pqjDEgOy1b

Ether (ETH), previously the best performer in the top ten cryptocurrencies by market cap, fell up to 9.7% overnight.

Commenting on the outlook, however, Jonah Van Bourg, head of trading at crypto liquidity provider Cumberland, pointed to Ethereum’s Proof-of-Stake transition as one factor to remain bullish on the largest altcoin.

“While the price action of the recent past has been technical and highly macro-correlated, this move has been crypto-fundamental: the Sepolia testnet successfully merged to proof-of-stake on July 6th, setting the stage for an early-autumn mainnet merge,” one of a series of tweets published on the day read.