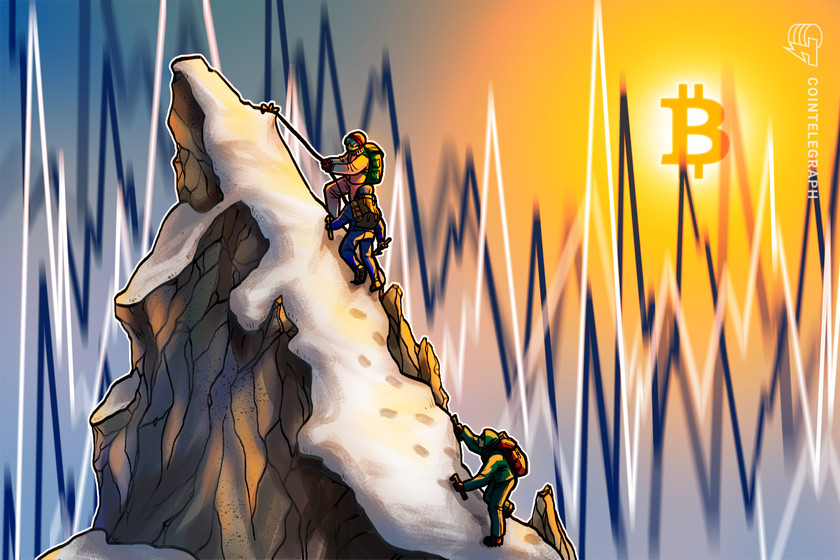 Bitcoin and Ethereum both gain but ETH price action takes the prize as Bitcoin cools momentum.

Bitcoin (BTC) took a step back as Wall Street trading began on July 22 after recovering most of its previous losses.

The pair had spent the past 24 hours slowly clawing back lost ground after news that Tesla had sold most of its BTC holdings.

With the pre-announcement high of $24,280 still in force, bulls saw something of a setback as Wall Street opened on the day, with BTC/USD losing around $400.

As you can see a good portion of the bid liquidity we saw yesterday has moved up to get filled. and that helped push #BTC back above $23.5k (for now).
That’s short term bullish in a bear market rally. pic.twitter.com/S4oiyj5Rlt

United States equities were similarly muted on the day, with the S&P 500 and Nasdaq Composite Index seeing modest declines on the open.

The U.S. dollar index (DXY), in consolidation during the week, continued its downturn, targeting 106 for the first time since July 5.

Ethereum runs the show among altcoins

While also coming off its local highs, Ether (ETH) still gave analysts plenty to be excited about.

ETH/USD hit $1,640 on the day, marking its highest level since June 11 before returning to linger around the $1,600 level at the time of writing.

Ethereum was once again the leader in terms of daily gains among the top ten cryptocurrencies by market cap. Versus its lows from just 10 days prior, ETH/USD was up 62%.