3AC: A $10B hedge fund gone bust with founders on the run 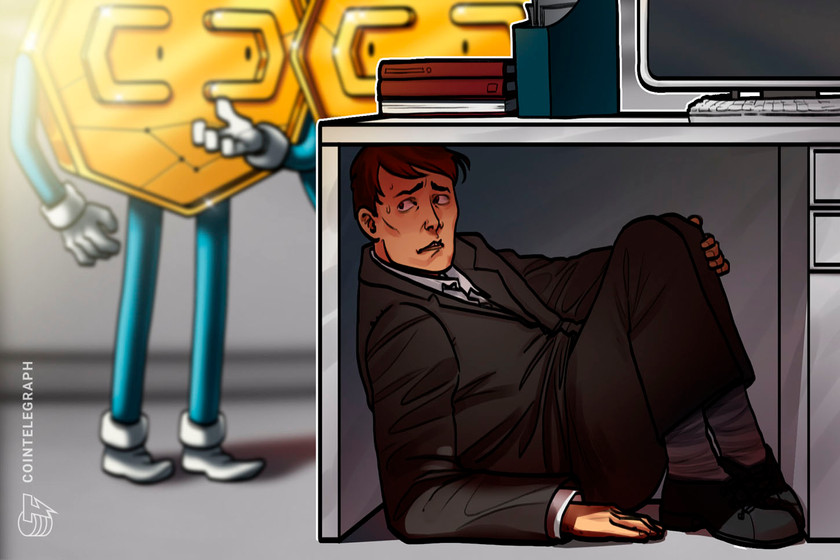 3AC downfall has led to a multi-billion dollar cascade that has claimed the likes of Celsius, Voyager and many other crypto lending firms with exposure to the hedge fund.

Three Arrow Capital (3AC), a Singapore-based crypto hedge fund that at one point managed over $10 billion worth of assets, became one of the many crypto firms that went bankrupt in this bear market.

However, the fall of 3AC wasn’t purely a market-driven phenomenon. As more information surfaced, the collapse looked more like a self-inflicted crisis brought upon by an unchecked decision-making process.

To put it concisely, the hedge fund made a series of large directional trades in Grayscale Bitcoin Trust (GBTC), Luna Classic (LUNC) and Staked Ether (stETH) and borrowed funds from over 20 large institutions. The May crypto crash led to a series of spiral investment collapse for the hedge fund. The firm went bust and the loan defaults have led to mass contagion in crypto.

The first hints of possible insolvency occurred in June with a cryptic tweet from the co-founder Zhu Su in the wake of the movement of 3AC funds. The crypto market crash led to a severe decline in the prices of top cryptocurrencies including Ether (ETH), which led to a series of liquidations for the hedge fund.

3AC exchanged roughly $500 million worth of Bitcoin (BTC) with the Luna Foundation Guard for the equivalent fiat amount in LUNC just weeks before Terra imploded.

The rumors ramped up after Zhu removed all mention of investments in ETH, Avalanche (AVAX), LUNC, Solana (SOL), Near Protocol (NEAR), Mina (MINA), decentralized finance (DeFi) and nonfungible tokens (NFTs) from his Twitter bio, keeping only a mention of Bitcoin (BTC).

The series of liquidations for 3AC had a catastrophic impact on crypto lenders such as BlockFi, Voyager and Celsius. Many of the crypto lenders had to eventually file for bankruptcy themselves due to exposure to 3AC.

“Using only publicly available information, in my opinion, the failure of 3AC can really be broken down into two things, 1) Poor risk management and 2) Unethical and potentially criminal behavior. The first is a classic example of what happens when you use too much leverage, and the trade turns against you. In this case, 3AC borrowed hundreds of millions of dollars, mostly from cryptocurrency lending platforms, to make arbitrage bets in risky DeFi protocols. One such risky bet was on Terra. Of course.”

He added that 3AC didn’t own up to the mistakes, went ahead to borrow more money and “allegedly even used clients’ funds to make bets to try to make their money back. This was the moment when 3AC morphed into more of a blatant Ponzi scheme. As general market conditions continued to worsen and liquidity dried up, 3AC was exposed as the Ponzi scheme it had become, and the rest is history.”

Looking at the timeline of events in 3AC:

3AC eventually filed for a Chapter 15 bankruptcy on July 1 in a New York court with no known whereabouts of the founders.

Marius Ciubotariu, the co-founder of Hubble Protocol, believes the 3AC lending crisis highlights the resilience of the DeFi ecosystem. He told Cointelegraph:

“The challenges that faced 3AC are not unique to cryptocurrency nor financial markets as a whole. Cryptocurrency is currently the only financial market where market dynamics are allowed to play out. 3AC crisis has revealed how resilient DeFi protocols actually are. For example, Celsius suffered from lending losses and was being margin called. In fear of on-chain automated liquidations that are visible to everyone, they rushed to pay their MakerDAO and Compound loans first.”

3AC liquidators have requested a stay of proceedings against the business and access to its Singapore offices in a petition to the High Court of Singapore. The court documents show that 3AC owes about $3 billion to creditors, out of which 3AC’s biggest creditor, trader Genesis Asia Pacific, a subsidiary of Digital Currency Group, loaned $2.36 billion.

Among the long list of creditors, Zhu Su also filed a claim for $5 million. In addition to Zhu’s claim, 3AC investment manager ThreeAC Limited is reportedly making a $25 million claim. Kyle Davies’ wife, Kelli Kali Chen, is reportedly seeking a claimed $65.7 million debt in the same filing in the Eastern Caribbean Supreme Court. A court in the British Virgin Islands ordered 3AC into liquidation on June 27.

There is speculation that founders Zhu and Kylie used investors’ funds to make a downpayment on a $50 million yacht purchase. However, other reports have claimed that Zhu tried selling his house in the wake of the 3AC crisis.

A report from blockchain analytic firm Nansen showed that there was an active and trackable contagion in the markets. The stETH depeg was prompted in part because of TerraUSD Classic’s (USTC) implosion. The report claimed that 3AC was a victim of this contagion as it sold its stETH position at the peak of the depeg panic, taking a significant haircut.

“In reality, they were just participating in other scams such as Terra and acting as a middleman between questionable investments and lenders who thought their record was so impeccable it absolved them from having to do any due diligence. Cascading liquidations caused by the market correcting forced the end of the game. However, in reality, their model was always a ticking time bomb and would have imploded eventually no matter what.”

Michael Guzik, CEO of institutional lending platform CLST, told Cointelegraph that 3AC failed to mitigate market risks and the wave of collapses, and the liquidity crisis underneath it all, is a “reminder of the importance of age-old lending/borrowing practices like leverage and counterparty risk assessment.”

3AC operated in a very opaque way for being the largest crypto hedge fund, and after the collapse set in, it continued to lie to investors about the extent of losses to lenders, movement of funds and its directional market exposure.

Centralization and opaqueness in crypto firms

Zhu and Davies, the founders of the tainted hedge fund, revealed that they received a series of death threats after the collapse of 3AC, which forced them to go into hiding. The two founders admitted that the overconfidence born out of a multiyear bull market, where lenders saw their values swell by virtue of financing firms like theirs, led to a series of bad decisions that should have been avoided.

Joshua Peck, founder and chief investment officer at crypto hedge fund Truecode Capital, explained to Cointelegraph that what made 3AC’s failure especially pernicious was its venture capital investing, it often managed the treasury for its portfolio companies, plus it was so well regarded that many other platforms extended them substantial credit, such as Blockchain.com’s $270 million in loans.

Recent: Proof-of-time vs proof-of-stake: How the two algorithms compare

The full extent of its interdependence with other digital asset firms was unclear until 3AC’s positions began liquidating during the cryptocurrency bear market in 2022. It rapidly became apparent that many firms were more exposed to 3AC than was broadly understood. Peck told Cointelegraph:

“Our view is that to avoid total loss in the crypto market, the totality of the cryptocurrency risk profile must be managed. Managers with a background in the engineering disciplines are more qualified to manage cryptocurrency portfolios because the majority of the risks associated with digital assets have more in common with software projects than financial firms. This was certainly true in the case of Three Arrows Capital.”

3AC’s downfall snowballed into a catastrophe that brought down the likes of Celsius, Voyager and a few other crypto lending firms along with them. The extent of the damage caused by 3AC exposure is still unfolding, but it is important to note that the crypto market has managed to get past Terra and the crypto lending fiasco.