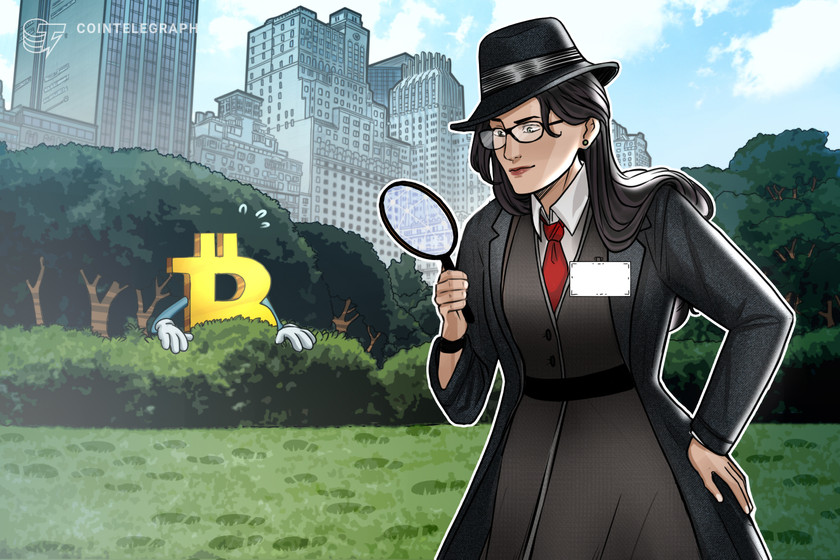 Bitcoiner James Howells planned to speak with the Newport City Council in the coming weeks on a proposal to find his hard drive discarded in a landfill nine years ago.

James Howells, a British man who mistakenly discarded a hard drive containing roughly 7,500 Bitcoin in 2013 has reportedly started looking at having robots and humans work together to retrieve his crypto from a local landfill.

According to a Sunday report from Business Insider, Howells has pitched an $11-million idea to locate and recover the lost hard drive, which may be surrounded by up to roughly 110,000 tons of garbage. The proposal, backed by a few venture capitalists, involved having people, robot dogs, and other machines pick up and sort through the landfill’s trash for up to three years until the lost Bitcoin (BTC) is found, while another version of Howells’ plan would cost $6 million and take 18 months.

Many crypto users know Howells’ actions as a telltale story of the importance of keeping track of one’s coins, whether by securely storing private keys or a physical hardware wallet. The Brit threw away the hard drive containing the BTC in 2013 thinking it was blank, realizing months later that he had potentially lost millions of dollars’ worth of crypto.

Newport City Council, the government body responsible for overseeing operations in the landfill supposedly containing the lost hard drive with BTC, reportedly has denied Howells’ previous attempts to retrieve the device. A report from January 2021 — when the BTC price was more than $30,000 — suggested he had offered the city up to 25% of the value of the lost BTC as a relief donation amid rising costs due to the pandemic, but was still not given the opportunity to search.

“There is nothing that Mr. Howells could present to us [for approval],” reportedly said a council representative. “His proposals pose significant ecological risk, which we cannot accept and indeed are prevented from considering by the terms of our permit.”

At the time of publication, 7,500 BTC was worth roughly $163 million amid volatility in the crypto market. Howells’ plan, if given approval and successfully executed, would reportedly allow him to keep roughly 30% of the Bitcoin, while the remainder would go to the recovery team, investors, and Newport’s 150,000 residents — roughly $60 each to the members of the last group.

“If we’re successful in recovering the coins, then I made a pledge to the people of Newport to literally give people in Newport crypto directly,” said Howells in an interview with journalist Richard Hammond. “I could spend the rest of my life working a day job and never come close to anything of the value that’s on that hard drive.”

Howells planned to speak with the council in the coming weeks. Should the members reject the plan, the Bitcoiner reportedly said he could pursue a legal route to compel a search of the landfill by claiming the crypto on his hard drive was being illegally embargoed.

Related: Lost Bitcoin may be a ‘donation,’ but is it hindering adoption?

Some experts have made names for themselves in the crypto space by recovering lost or forgotten coins worth millions of dollars. In August 2021, wallet recovery service KeychainX reported it had accessed a six-year-old wallet containing 10 million Dogecoin (DOGE) — worth roughly $3 million at the time. Joe Grand, a computer engineer and hardware hacker, also recovered more than $2 million from a Trezor One hardware wallet in January.