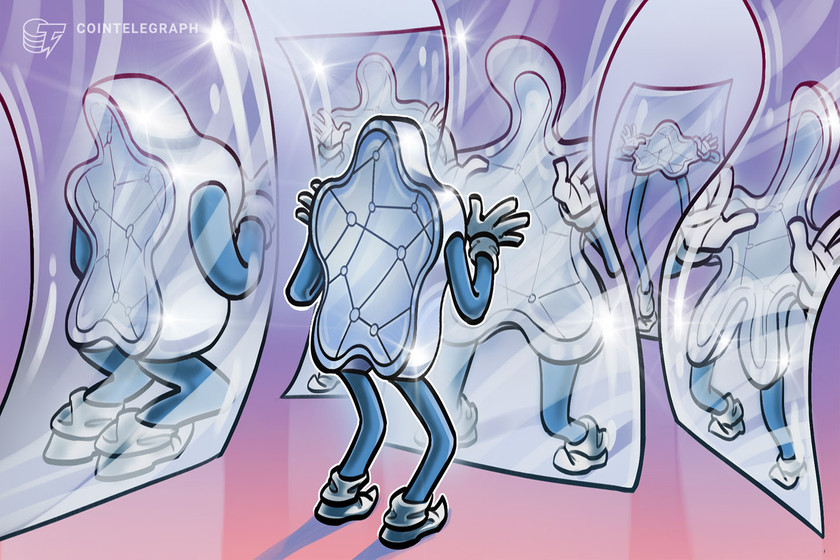 While GameStop faced the heat for insensitive NFT listing, OpenSea had the Falling Man NFT listed on its platform for over two months.

A recent nonfungible token (NFT) listing on Gamestop’s marketplace became the center of controversy in the NFT world. The listing received heavy backlash from the community prompting the marketplace to take action within a day, showing how a community can come together to reverse the wrong.

The NFT in question, titled “Falling Man,” showed a man in a space suit falling downwards. The NFT in question had quite a resemblance to the infamous 9/11 photo of a man falling to his death that since has become a defining moment of the deadly attacks. Many believed the NFT was mimicking the 9/11 victim and also infringed on the copyright of the image taken by original photojournalist Richard Drew.

In another discussion on the meme stock subreddit GME_Meltdown, a user pointed out that the figure in the NFT is a render of an existing 3D model of a Russian flight suit created by an independent artist, which was used without the permission of the original artist.

The GameStop team eventually took down the NFT and even banned the creator behind the art from minting on the platform.

Gamestop got rid of the nft and removed the creators ability to mint thankfully. pic.twitter.com/tJpcmXqkJz

The crypto community demanded Gamestop to do better due diligence before approving any artform to its marketplace, where one user wrote:

“It’s still not enough how do you even allow this it’s disgusting there needs to be a review team that looks into each NFT for shit like this or stolen art.”

While GameStop faced the community backlash, the incident opened a pandora’s box of evidence highlighting how NFTs became a medium of making quick money for many at the cost of common human decency.

OpenSea, one of the most popular NFT marketplaces today, has the “Falling Man” as NFT up for sale for nearly two months.

The Falling Man NFT has been up on @opensea for two months plus. Stupid People are trying to shame @GameStopNFT for taken it down in a day! saying #GameStopNFT needs to do better content control They’re already the best!!! Go FUD elsewhere! https://t.co/DQNLRE6xd2 #GME pic.twitter.com/qQ8kIBvXWI

Another revelation came earlier in January this year when a doctor tried selling an X-ray of the 2015 Paris terrorist attack victim as an NFT. The doctor is currently facing legal and disciplinary actions.

The NFT mania began at the height of the bull run in March 2021 after digital artist Beeple’s NFT art fetched a whopping $69.3 million. Since then, NFT has become the buzzword, and every other brand and celebrity has been getting involved with the phenomenon.

With the rise in popularity, the ecosystem became a target of scammers as well, leading to an increase in copyright infringements and fake NFT sales. However, the crypto community has always come together to show the power of the people. One such instance took place in May this year when the Solana community came together to “scam” a scammer to get back some stolen NFTs.