Will the Fed prevent BTC price from reaching $28K? — 5 things to know in Bitcoin this week 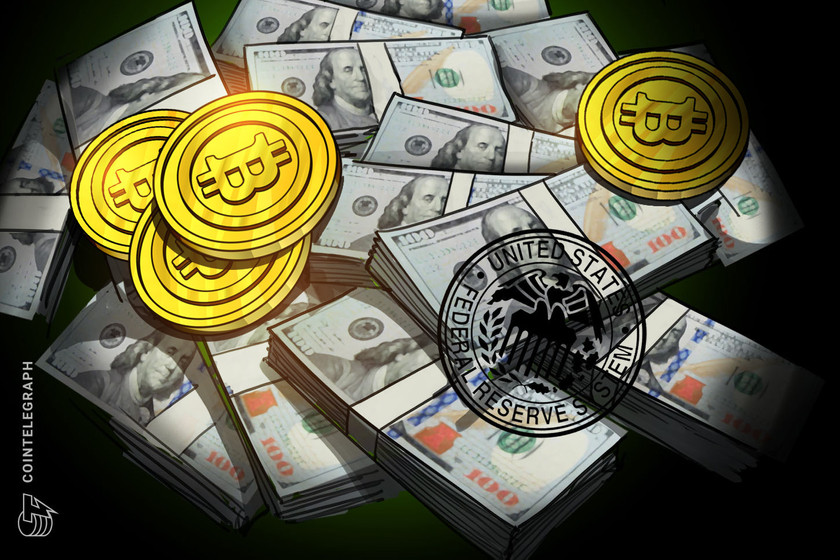 Bitcoin prepares for what promises to be a tense week of rate hikes, earnings and more as BTC fails to reclaim crucial trendline.

Bitcoin (BTC) enters a new week with a question mark over the fate of the market ahead of another key United States monetary policy decision.

After sealing a successful weekly close — its highest since mid-June — BTC/USD is much more cautious as the Federal Reserve prepares to hike benchmark interest rates to fight inflation.

While many hoped that the pair could exit its recent trading range and continue higher, the weight of the Fed is clearly visible as the week gets underway, adding pressure to an already fragile risk asset scene.

That fragility is also showing in Bitcoin’s network fundamentals as miner strain becomes real and the true cost of mining through the bear market shows.

At the same time, there are encouraging signs from some on-chain metrics, with long-term investors still refusing to give in.

Cointelegraph takes a look at the week’s possible market movers in a tense week for crypto, equities and more.

Fed to decide on next rate hike in “another fun” week

The story of the week, all things being equal, is no doubt the Federal Reserve rate hike.

A familiar tale, the Federal Open Markets Committee (FOMC) on July 26-27 will see policy makers decide on the extent of the next interest rate move, this tipped to be either 75 or 100 basis points.

U.S. inflation, as in many jurisdictions, is at forty-year highs, the its advance appears to have caught the establishment by surprise as calls for a peak are met with even larger gains.

“Should be another fun one,” Blockware lead insights analyst William Clemente summarized on July 25.

The interest rate decision is due July 27 at 2pm Eastern time, a diary date which could well be accompanied by increased volatility across risk assets.

This has the potential to be exacerbated, one analyst warned, thanks to low summer liquidity and a lack of conviction among buyers.

“Entering ECB/FOMC/Tech Earnings amid the lowest liquidity of the year. Market is back to overbought. Bulls, let it ride,” Twitter account Mac10 wrote.

A previous post also flagged Q2 earnings reports as potentially contributing to a downwards move in line with previous behavior.

Tech Earnings and FOMC have been catalyst for two major crashes in 2022.

"This time will be different" pic.twitter.com/XgS1dDOLce

“BTC and risk assets have pumped higher on FOMC events this year, only to sell off after, is this time different?” fellow analysis account Tedtalksmacro continued.

“June’s FOMC meeting saw the US federal reserve deliver a 75bps hike – the single largest since 1994. More hefty hikes are expected before inflation is ‘normalised.’”

The week is already feeling different to last, even before events begin unfolding — Asian markets are flat in comparison to last week’s bullish tone, one which accompanied a resurgence across Bitcoin and altcoins.

While one argument says that the Fed cannot raise rates much more without tanking the economy, meanwhile, Tedtalksmacro pointed to the employment market as a target for keeping hikes coming.

“Bitcoin will struggle to move past 28k until data deteriorates,” he added.

Bitcoin’s latest weekly close was something of a halfway house for bulls, data from Cointelegraph Markets Pro and TradingView shows.

While managing its best performance in over a month, BTC/USD missed out on reclaiming the essential 200-week moving average (MA) at $22,800.

After the close, which came in at around $22,500, Bitcoin began falling to the bottom of its latest trading range, still lingering below $22,000 at the time of writing.

Range high dump during the overnight session on $ETH and $BTC ..

Fellow account Crypto Chase meanwhile suggested that a return to the 200-week MA would result in further modest upside.

“Chopping around the Daily S/R (red box) with an inability to flip 22.8K (Daily resistance) to support. Multiple attempts to do so, but failing so far,” he wrote alongside explanatory charts.

“If price pushes above again and finds acceptance, I’ll watch 22.8K to become support for potential long entry to 23.2K.”

A later update eyed $21,200 as a potential bearish target, this also forming a support/resistance level on the daily chart.

Elsewhere, the latest price action was not enough to change long-term views. For Venturefounder, a contributor at on-chain analytics firm CryptoQuant, a macro bottom was yet to appear, this potentially coming in as low as $14,000.

“Inline with the past halving cycles, this is still my most viable forecast for Bitcoin before next halving: BTC will capitulate in the next 6 months & hit cycle bottom (anywhere between $14-21k), then chop around in $28-40k in most of 2023 and be at ~$40k again by next halving,” a retweeted forecast originally from June reiterated.

In a sign that miners’ troubles due to price weakness may only just be beginning, upheaval is now visible across the Bitcoin network.

Difficulty, the measure of competition among miners which adjusts itself relative to participation, has been declining since late June and is now back at levels not seen since March.

The most recent adjustment was particularly noticeable, knocking 5% off the difficulty total and heralding change in miner activity. That was the largest single drop since May 2021, and the next, due in ten days’ time, is currently estimated to take difficulty down another 2%.

As arguably the most important aspect of the Bitcoin network itself, difficulty adjustments also set the scene for recovery by leveling the playing field for miners. The lower the difficulty, the “easier” — or less energy-intensive — it is to mine BTC due to there being less competition overall.

For the meantime, however, the need to stay afloat remains a preoccupation, data shows. According to CryptoQuant, miners sent 909 BTC to exchanges on July 24 alone, the most in a day since June 22 and 5% difficulty decrease.

A turnaround for miners thus remains out of sight this week.

As Cointelegraph additionally reported, it is not just the BTC price which is giving miners a hard time under current conditions.

Congratulations to the MVRV-Z score

One of the hottest on-chain metrics in Bitcoin has just crossed what is arguably its most important level — zero.

On July 25, Bitcoin’s MVRV-Z Score returned to negative territory after a brief week above, in so doing falling into the zone typically reserved for macro price bottoms.

MVRV-Z shows how overbought or oversold BTC is relative to “fair value” and is popular thanks to its uncanny ability to define price floors.

Its return could signal a fresh period of price pressure, as accuracy in catching bottoms has a two-week margin of error.

At the beginning of July, Cointelegraph reported on MVRV-Z giving a worst case scenario of $15,600 for BTC/USD this time around.

For the crypto market, the past week may well have been a brief period of irrational exuberance if sentiment data is to be believed.

The latest numbers from the Crypto Fear & Greed Index show a steady decline from what has been the most positive market sentiment since April.

As of July 25, the Index stands at 30/100 — still described as “fear” driving the mood overall but still five points above the “extreme fear” bracket in which the market previously spent a record 73 days.

Sentiment has nonetheless made quite the comeback since mid-June, when Fear & Greed hit some of its lowest levels on record at just 6/100.