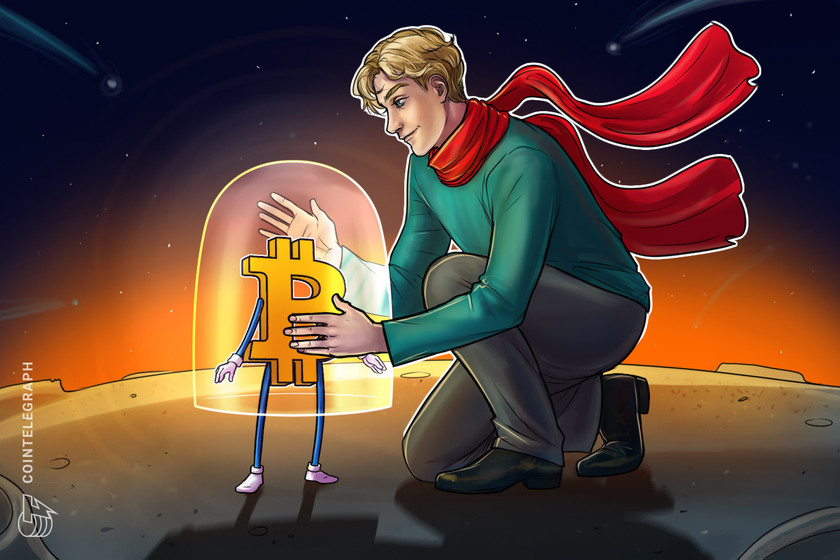 How one tweet about being “broke as hell” created a chain of community Bitcoin buys that exceeded six figures and counting.

The Bitcoin (BTC) community, or “plebs” as they are affectionately known, are a force to be reckoned with. They banded together in less than 7 days to stack over $160,000 (7 BTC) in a “stackchain.”

The so-called stackchain, a portmanteau of the blockchain (Bitcoin’s ledger) and stacking Sats (buying BTC), is a community-driven meme. The investment chain derived from one man’s desire to express the idea that buying Bitcoin every day and doing DCA (dollar-cost averaging) is essential to being a Bitcoiner.

ArizonanHodl, the Bitcoiner in question, told Cointelegraph contained that he would “eliminate any excuses” by posting a $5 purchase. Here is the original tweet:

Even on days when I’m broke as hell I still stack. Feel free to join me. pic.twitter.com/e8TRUXFxi6

Bitcoin buyers from around the world supported the idea, so they took the idea by the scruff of the neck. The community began stacking sats in increasing increments of $1 at a time. $5 became $6, $7, etc until the cumulative total passed the $100,000 mark over the July 23 weekend.

However, the “bit of fun” grew exponentially. While Arizonan had set a goal of $10,000 for the bear market tomfoolery, in a matter of days, the plebs had stacked a whole BTC ($22,000).

“At that point, I thought people might think the goal had been reached and lose interest, but the exact opposite happened. Plebs started to FOMO into the stackchain!”

By Monday 25th July, the stackchain passed $150,000. Each “stack” is now well over half a grand. The incremental amounts will soon approach four-figure purchases, and the hype around the stack chain has caught the eye of Bitcoiners around the world.

For those of humbler means, “stack joins” or combined efforts from Bitcoiners working together to reach large Bitcoin buys are possible. Plus, well-known Bitcoiners in the space, including Cory Klippsten, CEO of Swan Bitcoin have got in on the action:

“The #stackchain is classic Bitcoin Twitter — something fun, exciting, just a tad competitive, and great for Bitcoin.”

The Telegram group also endeavors to avoid stackchain forking. A fork occurs when the stackchain Twitter thread splits off and a stacker inadvertently “double spends.” An unwanted outcome, the forked stack can disrupt the orderly flow of stacks and must therefore be merged into the stack and validated by “nodes.”

Incidentally, the Twitter thread has become so congested by stacks that reportedly, Twitter servers are buckling under the 1000-long thread load. ArizonanHODL sums it up succinctly:

“The stackchain is actually quite complicated, but these plebs made it look effortless and had fun while doing it. It’s just such a cool thing to be a part of.”

But why buy Bitcoin at all? Despite the price plummeting from the meme-worthy $69,000 to $17,000, analysts would suggest the macro backdrop is forming a healthy bottom. Bitcoin the asset is a savings technology and remains the best-performing asset of the past decade. ArizonanHODL that stacking sats is not just about money, though:

Indeed, undeterred by recent bearish price action, the stackchain may surge to greater highs. At the time of writing, the cost to “mine” on the stackchain approaches $600.