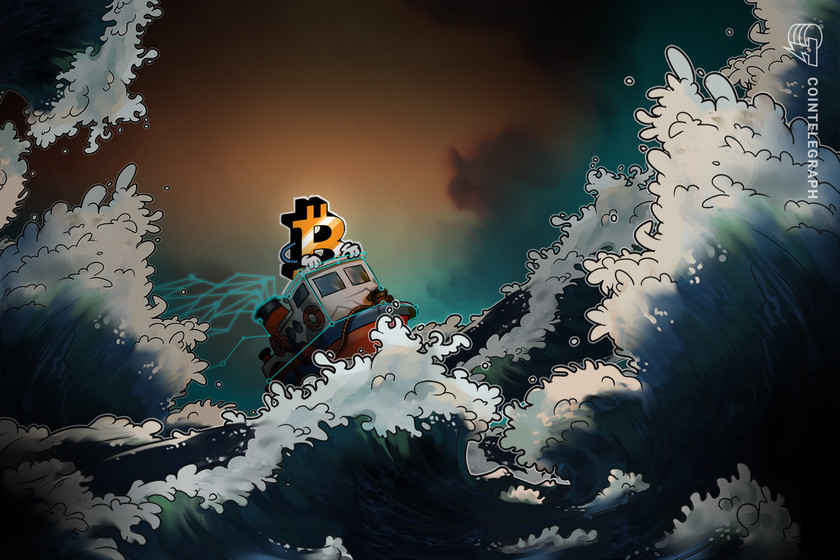 The United States GDP readout for Q2 meets the definition of a recession, despite comments from both the Fed and lawmakers.

Bitcoin (BTC) regained more lost ground on the July 28 Wall Street open amid confusion over whether the United States had entered a new recession.

Data from Cointelegraph Markets Pro and TradingView tracked BTC/USD as it tested $23,000 for support after a leg up on the previous day’s Federal Reserve rate hike.

Momentum benefited from U.S. GDP data, which fell for a second quarter in a row, thus meeting the requirements for a recession in the economy.

US Economy in technical recession as GDP shrinks for a second quarter. Q2 GDP fell at a 0.9% annualized rate as inventories, residential investment subtract from growth after a 1.6% decline in the first three months of the year. pic.twitter.com/5cXb6uNyWT

The situation remained unclear, however, thanks to comments from both Fed chair Jerome Powell and the White House, both of whom insisted that no recession had arrived or was even forecast.

“While Powell stated that the U.S. is not in a recession, numbers from GDP gave two consecutive quarters of negative growth, meaning that the United States is in a recession!” Cointelegraph contributor Michaël van de Poppe summarized the curious status quo on the day.

Van de Poppe added that regardless of the state of the economy, BTC traders should not act purely based on the latest news.

“Now we know that the United States is in a recession, does that mean that we should adjust our trading strategies? No! The phrase recession doesn’t represent any variable you can work with,” apart of a further Twitter post stated.

#GDP comes out -0.9%. Markets initially sell, then rally as investors love the falling #Dollar and likelihood that the #FederalReserve can no longer raise rates aggressively. So risk on for now UNTIL the market realizes the Fed can't print us out of a bad recession. #Bitcoin

His perspective was echoed by on-chain analytics resource Material Indicators, which likewise warned that “at a macro level, the worst is yet to come.”

Anybody who thought GDP numbers were going to be good, or believes that the @WhiteHouse releasing a new definition of recession days before GDP was a coincidence is delusional. Signs of a recession are in. Near term, the BMR continues. At a macro level, the worst is yet to come. pic.twitter.com/rv3M2bNZAf

“This meets the technical definition of a recession for the United States with two consecutive quarters of negative GDP growth,” popular analytics account Blockchain Backer continued.

“This is a preliminary print, and will be revised two more times. But, as of today the U.S. is technically in a recession.”

Translating the macro mood onto crypto price, potential long opportunities were becoming clear for both Bitcoin and Ether (ETH).

“I wouldn’t be surprised if we made quick work of this price void in the coming days,” he told followers.