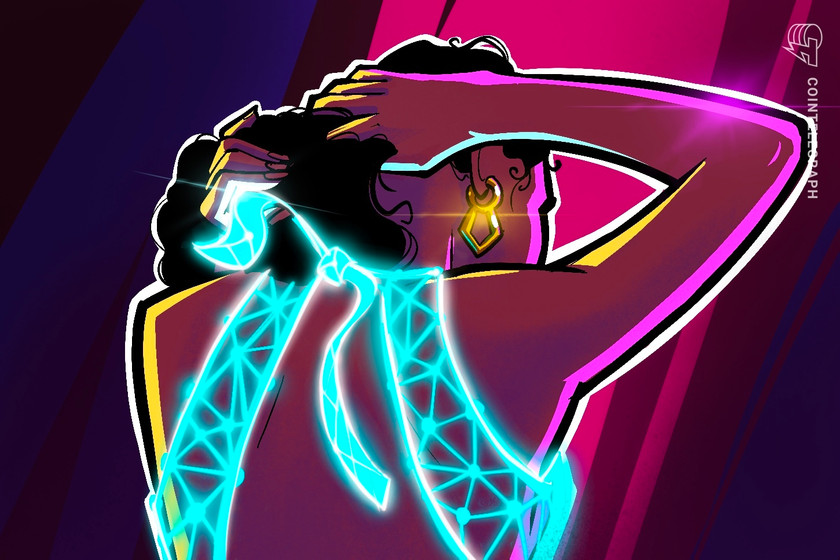 The adult entertainment industry is known to be one of the first to try new technologies, and the blockchain seems to be the next on the list.

The cryptocurrency market is no stranger to speculation. Consider that despite this industry’s growth, many continue to view these assets and associated technologies as a bubble that is about to burst.

As history has proven, overcoming the technology adoption curve comes down to a major use case, or the so-called “killer app.” Although there is no clear frontrunner, the adult entertainment industry has proven to significantly advance new technology iterations in the past and presents an interesting proposition for the future of cryptocurrencies.

The adult entertainment industry is believed to be worth billions of dollars, giving it significant influence over the world’s leading technologies. Although it doesn’t create these new technologies, it is often the first to adopt and do so successfully.

For example, the industry was among the first to make money on the internet, where it continues to rake in over $1 billion a year. In part, this is because, unlike other industries that must go head to head with “big box” retailers, the adult entertainment industry doesn’t need to engage in traditional distribution issues.

Although just one example, this industry has continued to demonstrate a history of adopting the newest forms of media to get their content across to viewers. To illustrate, let us consider the transition from VHS to Blu-ray to internet streaming.

From Betamax to Blu-ray

Taking a trip back to the 1970s, users will become familiar with the debate between the Betamax and the VHS, two devices that could run a film, thereby presenting a standard in viewing technology.

In one corner, the Betamax has a wide format that enabled the device to have a better quality recording, although only one hour of video footage could be held. In contrast, the VHS offered poorer quality but with triple the storage capacity (up to three hours.) The result was that the VHS prevailed, with adult entertainment viewers now gaining access to 180 minutes of content.

In an industry as large as this one, this small transition extended the longevity of the VHS and effectively put an end to Betamax.

Looking forward to a more recent example, consider the technology transition between the HD DVD and Blu-ray. The HD DVD was already largely successful when Blu-ray was introduced, presenting a tough market to compete in. However, Blu-ray had more capacity to hold things like deleted scenes, behind-the-scenes footage and other actor commentaries, a reality that was realized in the adult entertainment industry. Therefore, like Betamax, the HD DVD was dead.

As technology moves past Blu-ray and into Web3, it is only logical to conclude that the adult entertainment industry will once again pioneer a new era of technology evolution.

Ushering in a new era for decentralized payment

Today, the adult industry has evolved far past studio-controlled content distributed by Blu-ray, into a model where creators are in charge of their creations. Despite having more autonomy, creators still face one barrier, how they will receive payment.

Creators have little choice but to accept funds through traditional banking solutions, subjecting them to high fees, payment cancellations, chargebacks and account closures. Not to mention audience restrictions due to privacy concerns.

Cryptocurrencies aim to resolve this, operating without an intermediary to ensure creators and clients can transact directly with one another. Due to their anonymous nature, cryptocurrencies also enable users to keep their identities concealed.

A metaverse where adults come to play

With a potential solution to the gap in the market, it is not uncommon to see adult entertainment websites incorporating cryptocurrencies as a payment method into their website. However, newer platform releases have taken the application of blockchain technology and utility tokens one step further, creating entire ecosystems to maximize the fan experience.

The Pleasure Network is demonstrating this by releasing a series of safe and inclusive adult platforms, powered by the Pleasure Coin utility token, NSFW. With NSFW, creators can be compensated for their content without the risk of a chargeback. The platform will effectively become a new way for fans and creators to connect, combining some of the highest-quality features from existing platforms.

The token will also gain utility in the adult metaverse, Pleasureland. Pleasureland will include the Pink Tower, the first building in the metaverse, which will double as a place to store NFT assets, play, design, party or enjoy personal space. Users will also have the option to rent out their space to earn NSFW tokens.

NSFW is said to be one of the fastest-growing tokens in the Polygon ecosystem — blockchain technology scaling transactional speeds to degrees beyond traditional credit card processing.

And due to Pleasure Coin being designed as an ERC-20 token, it allows both creators and users to transact freely while keeping their identities and other personal information concealed.

Disclaimer. Cointelegraph does not endorse any content or product on this page. While we aim at providing you with all important information that we could obtain, readers should do their own research before taking any actions related to the company and carry full responsibility for their decisions, nor can this article be considered as investment advice.