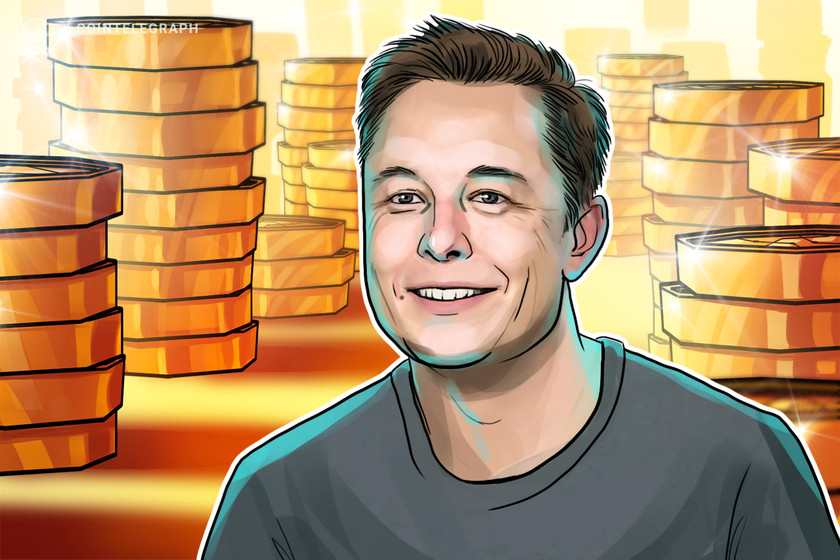 Tesla’s foray into Bitcoin may have been one big distraction for the electric vehicle maker, which reported mixed financial results earlier this month.

Elon Musk’s Tesla proved to be the ultimate paper hands after the electric vehicle maker sold 75% of its Bitcoin (BTC) holdings in the second quarter. I say, good riddance. The cult of personality isn’t good for Bitcoin, and neither is a technologist who treats the asset as his plaything. As far as we are aware, Musk hasn’t sold any of his personal Bitcoin stash and Tesla still has an estimated 10,800 BTC on its books. Still, the less we have to hear about Musk and Bitcoin, the better.

In this week’s Crypto Biz, we chronicle Tesla’s sale of BTC, KuCoin’s fight against fake news and Cathie Wood’s sale of Coinbase stock.

Tesla’s decision to sell most of its Bitcoin wasn’t as boneheaded as it appeared at first. The company scored a $64 million profit in the exchange. Aside from selling emission credits, the electric vehicle maker has routinely struggled to turn a profit over the years. In a form 10-K filing with the United States Securities and Exchange Commission (SEC), Tesla disclosed that it may “increase or decrease” its holdings of digital assets over time. Cynical prediction: ESG FUD will probably be the reason Tesla gets rid of its remaining holdings over time.

Crypto exchange KuCoin has been at the receiving end of a nasty smear campaign from a self-styled whistleblower tweeting about the company’s alleged insolvency. KuCoin CEO Johnny Lyu has not only refuted claims that his company was facing a liquidity crisis, but he has also launched an “Anti-FUD Fund” to track down and take legal action against so-called “FUDers.” The Twitter account responsible for the misinformation appears to have been deleted.

(1/5) FUD benefits no one except the FUDers. It misleads investors and harms the industry’s image and market confidence.

To build a crypto space with less FUD, #KuCoin is going to launch an Anti-FUD Fund.

Currently, the fund will mainly focus on…

Cathie Wood’s ARK Investment Management appears to be distancing itself from Coinbase amid allegations that the cryptocurrency exchange was involved in insider trading. After holding nearly $9 million in COIN stock as of late June, ARK offloaded more than 1.4 million shares over the next month. According to Bloomberg, Coinbase is being investigated by the SEC over its potential involvement in an ex-product manager’s insider trading scheme. Separately, and on an unrelated note, Coinbase is also being probed for allegedly selling unregistered securities. In the meantime, you won’t believe how badly COIN stock is down.

3AC: A $10B hedge fund gone bust with founders on the run

We’ve spent the past few months talking about the Three Arrows Capital debacle. The firm that also went by 3AC was revered for its investments, trading prowess and insights. The cult of personality surrounding its founders created an image of a company that could do no wrong. Then, it all came crashing down. As we wait for documentarians to make a movie about 3AC’s downfall, Cointelegraph has put together a lengthy expose about the whole ordeal. I’m talking timelines, analysis and information on who owes what to whom.

Don’t miss it! Why does the FOMC meeting matter for crypto?

Have you been wondering why investors keep talking about the “FOMC?” Why are crypto people suddenly so enamored with this four-letter acronym? In this week’s Market Report, I break down exactly what the FOMC is and why investors need to monitor it. Consider it a crash course on the most powerful organization in the world (yes, really). You can watch the full replay below.