Ethereum chain split is possible after the Merge, survey finds — But will ETC price keep climbing? 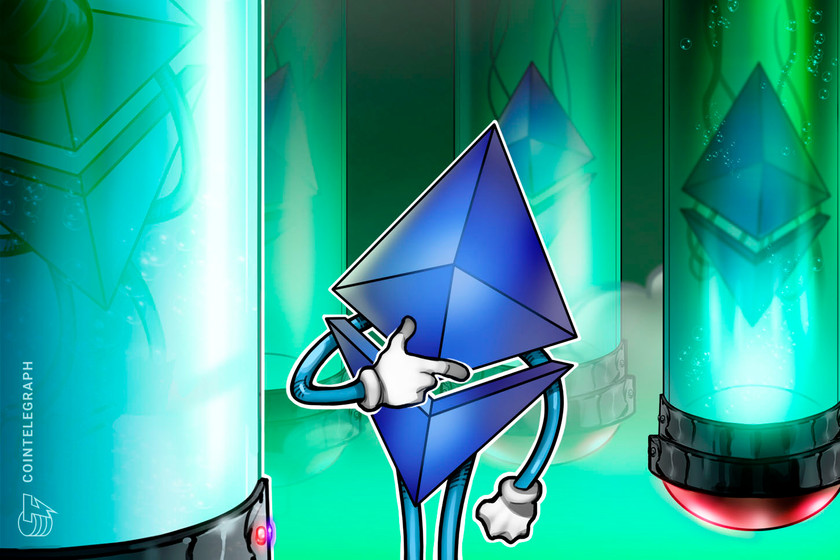 Ethereum Classic is a relatively smaller PoW chain compared to Ethereum in terms of usage and hash rate.

Ethereum’s proof-of-work (PoW) powered by GPUs generated approximately $19 billion in revenue last year for ETH miners. But these revenue streams are in danger as Ethereum is expected to become a proof-of-stake (PoS) blockchain via “the Merge” upgrade in September.

Miners could then revolt against the new upgrade by continuing to mine on the old Ethereum PoW after the hard fork chain split.

Question 1: What happens during the merge? If Choice 2 or 3 go to Questions 2-5.

Nevertheless, most respondents, or 53.7%, expect Ethereum’s chain to smoothly transition from PoW to PoS.

Is the ETH1 PoW “illogical”?

But contentious hard forks aren’t anything new. In fact, the current Ethereum chain came to be in 2016 following a controversial hard fork aimed at reversing a $60 million exploit, resulting in a chain split between Ethereum and Ethereum Classic (ETC).

This is where the argument of Ethereum Classic versus ETH1 begins. Since Ethereum Classic is already a PoW chain, creating a similar chain, ETH1, will not have “much relevance,” according to some Redditors.

Several other comments from Reddit explaining why ETH1 will fail include:

Meanwhile, most respondents in the Galois Capital survey also believe that exchanges and projects (especially Tether) will support ETH2 over ETH1 in the event of a hard fork.

Question 4: How do exchanges handle perps and futs?

What does it mean for Ethereum Classic?

After reaching a record high in May 2022, the Ethereum network’s hash rate has been downtrend ev, indicating that miners are pausing or shutting down their rigs in the weeks leading up to the Merge.

On the other hand, they could also be becoming stakers on the Ethereum’s PoS chain.

The miners’ exit from the Ethereum network is visible in the recent increase in GPU sales in the secondary market (against lower demand), according to Tom’s Hardware GPU Pricing Index.

Nonetheless, there’s also an uptick in the number of social media threads that shows the miners’ strategy after the Merge will likely be to switch to whatever PoW chain is more profitable.

As of July 29, Ethereum Classic was topping miners’ interest for its 116% weekly profitability, data on WhatToMine.com shows.

Amazing – miner revenue/hash in USD for ETC has just surpassed that for ETH… (chart @coinmetrics) pic.twitter.com/x5RJs7lUrj

Simultaneously, the price of ETC has soared by more than 200% in July.

But that does not take away the fact that Ethereum Classic is a very small project compared to Ethereum.

The difference suggests that ETC’s ongoing price boom is purely speculative since Ethereum Classic remains largely underutilized as a chain and with only a handful of projects. Therefore, ETC is certainly at risk of a “sell the news” event after the Merge.

At the same time, a potential ETH1 PoW chain may also push down demand for ETC.

On the weekly chart, ETC’s price has reached a resistance confluence, awaiting a breakout as the euphoria surrounding the Merge grows.

The confluence comprises the 0.786 Fib line (~$43) and a multi-month descending trendline. Both have historically capped ETC’s bullish attempts in the past, as the chart below illustrates.

Nonetheless, a breakout move increases the token’s potential to hit $75 next, due to its proximity to the 0.618 Fib line.

Conversely, a pullback move from either the resistance confluence or the 0.618 Fib line could have ETC eye a drop toward the support area illustrated above. It is defined by the red bar, the multi-year rising trendline support (purple) and the descending channel’s lower trendline (green).

In other words, ETC risks dropping toward the $10–$12 area by September, down 75% from July’s price.