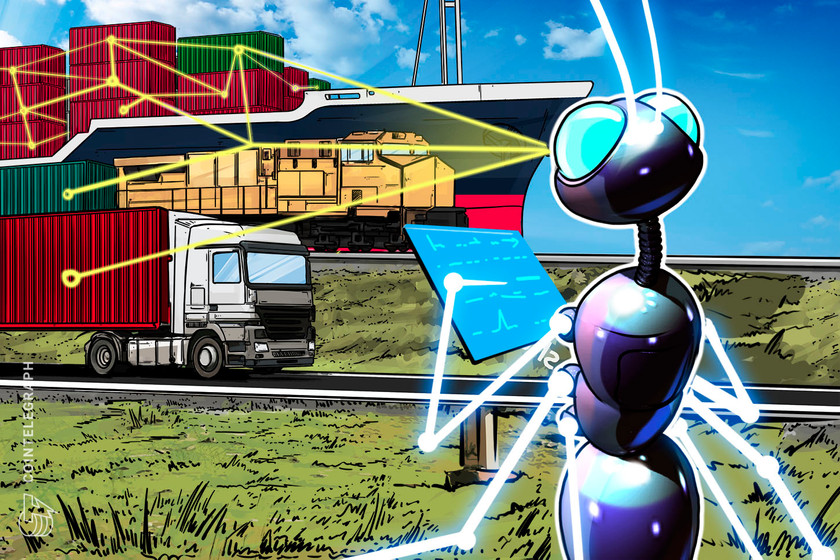 Since time immemorial, technological innovations have shaped the structure of commerce and trade. The discovery of electricity encouraged mass production and the advent of steam engines ushered in an era of mechanized production.

From information to communication, technology has been used everywhere to make life easier. For this reason, blockchain technology has been tapped by many as the next big thing, considering its use cases which cut across numerous industry verticles.

Mainly used in keeping records of transactions, blockchain technology is a type of distributed ledger technology.

According to Statista, blockchain makes keeping data records easier, more transparent, and even more secure. Owing mostly to its resistance to alteration, blockchain offers time-based information on transactions, whether they are between private individuals, corporate entities, supplier networks or even an international supply chain.

It is also a common notion that blockchain is only a technology for Bitcoin (BTC). However, that assumption could not be more wrong. While the technology emerged alongside Bitcoin in 2008, however, today, its use cases have evolved far beyond cryptocurrencies. From finance to e-commerce, food safety, voting exercises and supply-chain management, its applications cut across virtually all sectors of the global economy, including areas directly or indirectly linked to international trade.

The value chain attached to international trade is a notably complex one. While its transactions involve multiple actors, its other aspects like trade financing, customs administration, transportation and logistics all benefit from the adoption of blockchain technology.

According to Statista, cross-border payments and settlements account for the largest use cases of blockchain technology, especially considering how there have been numerous past efforts to digitize trade transactions.

As of today, the potential of blockchain to enhance the efficiency of trade processes is already being explored. For instance, the blockchain project Open Food Chain is working to improve food security via its Komodo Smart Chain.

“Blockchain’s biggest advantage is immutability, meaning data can’t be deleted or edited after it’s on the ledger. For international trade, this provides an opportunity for more transparency across several major industries.”

Stadelmann explained that the technology ensures that foods can be tracked from their origin (i.e., a farm in another country) to the consumer’s local supermarket. He says this can help improve food security around the globe by tackling issues like food contamination outbreaks as 600 million — almost 1 in 10 people in the world — fall ill after eating contaminated food and 420,000 die every year, according to the WHO.

“Digitizing documents for traditional clearance processes, and transactions in international trade can take up to 120 days to complete, but with bills of lading tracked through blockchain, the need for such processes and potential for double spending is eliminated.”

“Transfer payments and transactions are also quicker and cheaper than currently possible through the SWIFT network, blockchain commissions are lower and without maximum limits, which is especially advantageous for exporting goods,” he said.

In another use case, IBM and Maersk are working on a blockchain-based solution to streamline the global shipping industry. The project, which is called TradeLens, is designed to digitize the entire shipping process on a blockchain.

The ultimate goal is to create a more efficient and transparent supply chain that can speed up delivery times while reducing costs. So far, the project has been successful in onboarding over 150 organizations, including major port operators, shipping companies and logistics providers.

According to IBM, TradeLens has processed over 150 million shipping events and has saved users an estimated 20% in documentation costs. In addition, the platform has reduced the time it takes to ship goods by 40%.

As blockchain continues to gain traction in various industries, it is only a matter of time before its potential is fully realized in the world of international trade. With its ability to streamline processes and reduce costs, blockchain has the potential to revolutionize the way goods are traded around the world.

Despite its promises, however, there are some weak points in blockchain tech’s application to international trade.

The major disadvantage of using blockchain is the fact that it is often associated with high transaction costs. For example, when it comes to cross-border payments, blockchain technology has been known to be quite expensive.

Another disadvantage of blockchain is its lack of scalability. Due to the fact that each block in a blockchain must be verified by all nodes on the network, the system can often become bogged down when handling large volumes of transactions.

This can lead to delays in the processing of transactions, which can be a major issue in the world of international trade.

Finally, according to Deloitte, blockchain technology is still in its early stages of development, which means that it is subject to a number of risks and uncertainties. For example, there could always be the risk that a critical flaw could be discovered in the scalability and privacy framework that could pose an issue to the financial end of the operation.

In addition, there is also the risk that bad actors could exploit vulnerabilities in the system in order to commit fraud or theft. These risks need to be carefully considered by those who are looking to use blockchain technology in the world of international trade.

Recent: Ethereum Merge: How will the PoS transition impact the ETH ecosystem?

Despite these disadvantages, it is important to note that blockchain technology is still in its early stages of development. As the technology matures, it is likely that many of these issues will be addressed and resolved.

As more and more organizations begin to adopt blockchain technology, the overall cost of using the system is likely to decrease. This could make blockchain a more viable option for those who are looking to streamline their international trade operations.