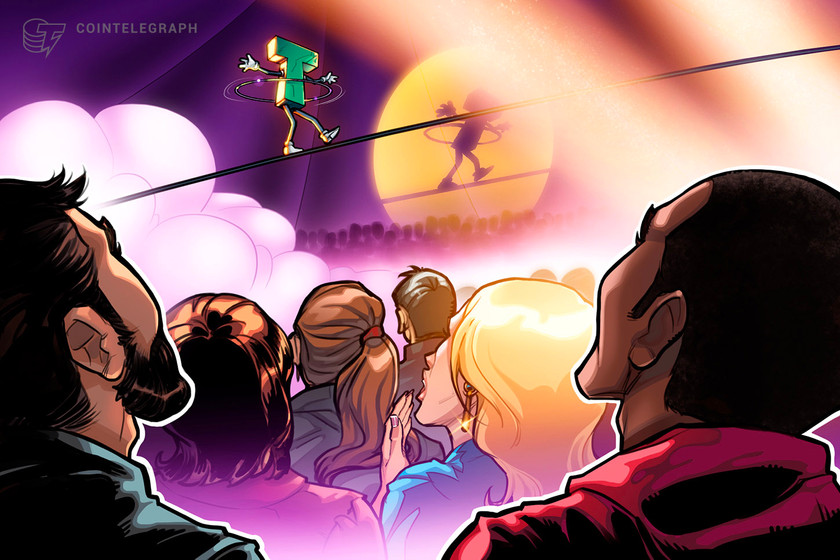 Tether said the hedge funds that saw Terra’s collapse as a reason to short USDT have “a fundamental misunderstanding of both the cryptocurrency market and Tether.”

Tether, the issuer of Tether (USDT), says that hedge funds that attempted to short its stablecoin after Terra’s collapse in May are using a thesis that is “incredibly misinformed” and “flat out wrong.”

In a blog post from July 28, Tether pointed to a June 28 Wall Street Journal podcast in which host Luke Vargas and guest Caitlin McCabe discussed the bearish crypto market and concerns over Tether’s backing assets as the reasons for short sellers’ appetite for Tether.

Tether said that the hedge funds, which saw Terra’s collapse as a reason to short USDT, have “a fundamental misunderstanding of both the cryptocurrency market and Tether.”

“The simple fact that hedge funds view Terra’s collapse as a constructive thesis to short USDT represents the asymmetric knowledge gap between cryptocurrency market participants and entities in the traditional finance space.”

In early May, UST lost its peg in dramatic fashion and pulled down the price of Terra ecosystem’s native token LUNA – now known as LUNC – to fractions of a cent from over $60.

In that time, Tether experienced a 21% drop in market cap since May 11 from $85.3 billion, though it is still the largest stablecoin in the crypto market today with a $65.8 billion market cap according to CoinGecko.

In late June, Tether chief technology officer Paolo Ardoino confirmed that USDT had become the subject of a “coordinated attack” by hedge funds looking to short-sell the crypto asset.

He alleged that hedge funds have been trying to create pressure “in the billions” to “harm Tether liquidity” with the aim of eventually buying back tokens at a much lower price.

Tether in its most recent blog post noted that several misconceptions about its holdings have been the basis of this short-selling movement — including Tether holding significant Chinese commercial paper or Evergrande debt, that USDT is created “from thin air,” or that Tether has issued unsecured loans.

“In short, the underlying thesis of this trade is incredibly misinformed and flat-out wrong. It is further supported by a blind belief in what borders on outright conspiracy theories about Tether.”

In a separate post the previous day, Tether attempted to reaffirm the strength of its financial backing and ability to honor redemptions, reiterating that it holds no Chinese commercial paper and had cut its total holdings of commercial paper by 88% from $30 billion to $3.7 billion over the past year.

The week that the UST fiasco started, USDT depegged briefly on the open market to a low of about $0.96 as investors dumped tokens either for fiat through direct redemptions or for other tokens, such as competitor USD Coin (USDC). However, Tether continued to honor fiat redemptions of $1 per token through that period.

Its last financial disclosure on March 31 revealed that 85.64% of Tether’s financial backing is in cash and cash equivalents, including commercial paper.