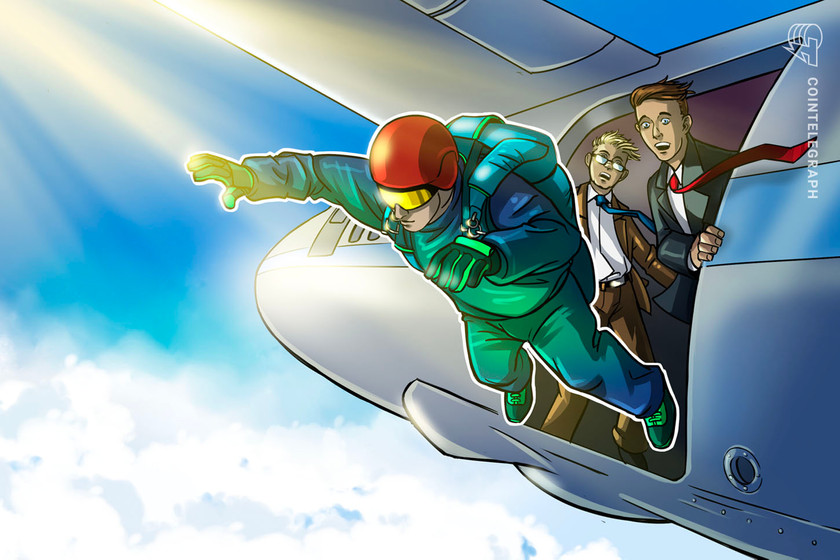 The hedge fund manager was part of a $50-million funding round for NFT company Recur, and backed a $21-million round for crypto analytics firm Messari through Point72.

According to a Tuesday report from Bloomberg citing a Radkl spokesperson, Cohen has reduced his exposure to crypto investments following his exiting the trading firm. However, the spokesperson reportedly said Radkl was still “extremely well capitalized with its current investors” and was continuing to grow.

Cohen, whose net worth was estimated at more than $17 billion, has backed crypto and blockchain projects both using his personal portfolio and through Point72. Cointelegraph reported in September 2021 that the hedge fund manager was part of a $50-million funding round for nonfungible token company Recur, and backed a $21-million round for crypto analytics firm Messari through Point72.

While four managing directors reportedly left Radkl in 2022, the company only listed one job opening on its website at the time of publication — for a Linux engineer based in New York. In contrast, Point72 reportedly hired Elie Galam in June to head the hedge fund’s crypto arm in an effort to increase digital asset trading.

The reported investment came amid extreme volatility in the price of many cryptocurrencies including Bitcoin (BTC) and Ether (ETH) in what many have referred to as a bear market or the next crypto winter. However, a June report from PricewaterhouseCoopers suggested that despite bearish trends, roughly 66% of the 89 hedge funds surveyed planned to increase their exposure to crypto by the end of 2022.

Related: 3AC: A $10B hedge fund gone bust with founders on the run

“We are interested in investment opportunities in the new set of infrastructure companies that are bridging the crypto and non-crypto worlds for financial services, enterprises, and consumers,” said Point72 in an April blog post. “Ultimately helping to bring crypto to millions of businesses and billions of people around the world.”

Web3, powered by blockchain and crypto, is poised to disrupt the consumer experience and change how financial institutions and businesses operate. Read more about how we think a new generation of start-ups will help bridge the crypto and non-crypto worlds. https://t.co/0RJLNnyZkx

Point72 reported as of April 1 that it had more than $24 billion in assets under management. The firm also reportedly sublet some of its office space in New York City to Coinbase in June 2021.