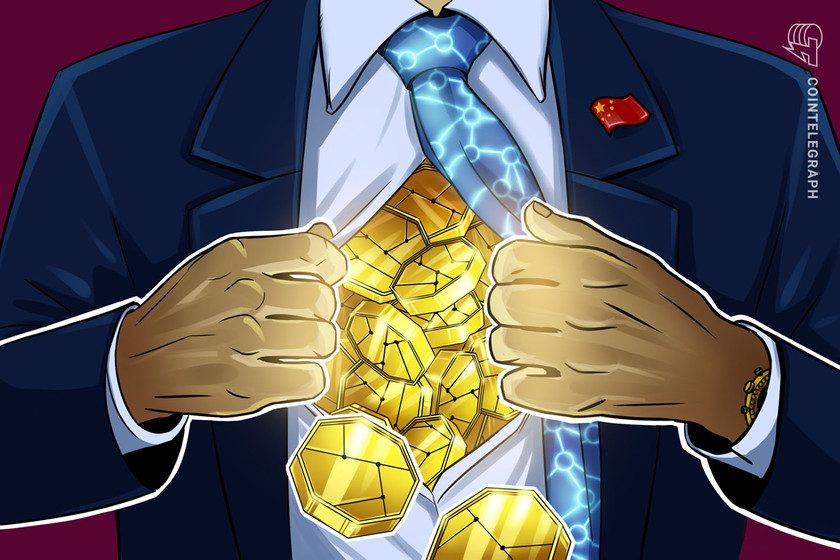 The unnamed recipient of the loan said the e-CNY transaction was fast and efficient; they received an equivalent of 500,000 CNY, which was $74,020 at the time of publication.

As reported by local news outlet Sohu, on Wednesday, the Agricultural Commerce Bank of Zhangjiagang, located in China’s Suzhou province, announced that it had issued a 500,000 digital yuan (e-CNY) loan with intellectual property backing it as collateral. The loan was issued via unanimous approval by the city’s consumer markets regulator, financial markets regulator and municipal officials.

Unnamed in the report, the recipient of the loan is an entity manufacturing environmental protection equipment for steel factories in Suzhou province. As told by the entity, due to an uptick in the number of client invoices, it decided to experiment with the new borrowing method, where the loan was directly released into its e-CNY digital wallet. Meanwhile, the Agricultural Commerce Bank of Zhangjiagang said this was yet another experiment in the country’s e-CNY trial program.

Two days prior, the People’s Bank of China said it wants to expand further the number of e-CNY testing sites, which are currently in 15 provinces. In its most recent data update on May 31, the central bank tallied 264 million e-CNY transactions totaling 83 billion CNY ($12.29 billion) since inception. Over 4.567 million merchant terminals across China accept e-CNY as payment.

Related: More than 2.6 million users signed up for the City of Shenzhen’s digital yuan airdrop

Additionally, 64 companies with a total market cap of 560 billion CNY ($82.9 billion) listed on the Shanghai and Shenzhen stock exchanges are exploring blockchain technology. In recent months, China has seemingly increased its focus on developing its central bank digital currency, citing the benefits of stimulating consumer spending after COVID-19 lockdowns had hampered the economy. Various e-CNY airdrops are currently ongoing for participants to claim rewards and use them at various merchant platforms.